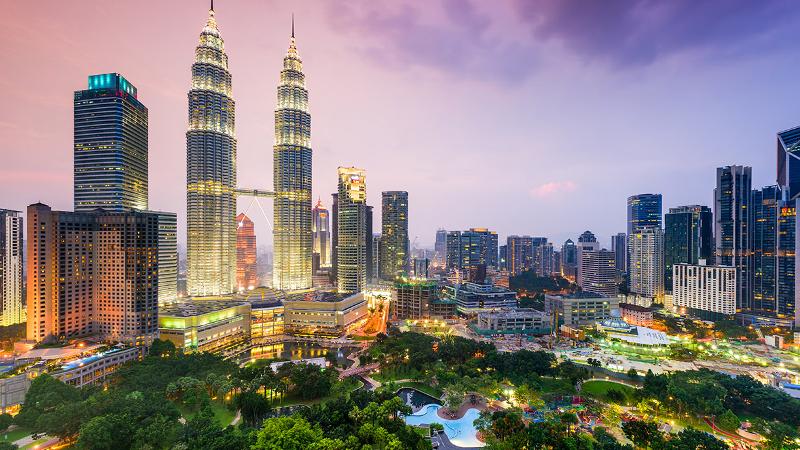 KL is the big winner in a survey for expat living. Story below…

“We only want men who are willing”

PM Prayut Chan-o-cha has come to the defence of his Deputy Prime Minister Prawit Wongsuwon over his provocative remarks concerning the suspicious death of a military pre-cadet.

General Prawit responded to a media question over the matter, that it was usual in the Armed Forces Academies Preparatory School for pre-cadets to be subjected to corporal punishment (or “som” in Thai) when they did something wrong and said that he used to be punished until he went unconscious, but he survived the ritual.

Asked by a report how to protect pre-cadets from being abused by their seniors to the extent they were seriously injured, the deputy PM shrugged it off saying “Then, they don’t have to enrol…. we only want men who are willing.”

The General’s comments come after the family of an 18 year old Pakapong Tanyakan, a first-year student at that AFAPS, suspect foul play in the death of their son, who died on Oct 17 at the school.

Meanwhile, the Supreme Commander of the Royal Thai Armed Forces has ordered the setup of a fact-finding committee to probe the death of Pakapong. 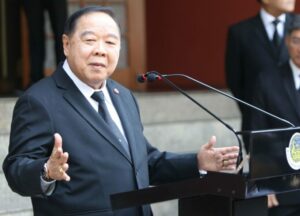 A female tourist has been injured after she was attacked by several monkeys at Khao Sam Mook in Chonburi province.

The unidentified tourist was rushed to a nearby hospital for treatment of wounds from monkey bites by rescue workers. According to a janitor cleaning the Chinese shrine at the Khao Sam Mook viewpoint, the tourist appeared as if she was drunk. The janitor claims the woman walked up to the monkeys and tried to provoke them by grabbing a baby from the monkey troop but was attacked by the other members of the troop.

Other tourists reacted and helped to save her from the marauding monkeys. 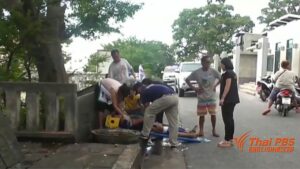 The Navy Football Club chairman is threatening to impose double punishment against the team’s four players if they are found guilty of match-fixing as charged by the Royal Thai Police on Tuesday.

Four Navy FC players, along with one Nakhon Ratchasima Mazda player, seven officials and investors are believed to be involved in fixing Thai football league games in July and September. The Navy boss stated that the four players have been temporarily suspended from club activities pending further investigations by police. He said if guilty, the four would receive double penalty including being stripped of their Navy rankings. 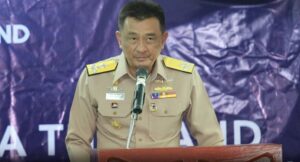 Flooding in Phetchaburi province continued yesterday with a large stretch of Phetkasem Highway’s northbound and southbound lanes under deep water forcing motorists to slow down as they moved to the two innermost lanes with shallower water.

Schools in the heart of the Muang district will remain closed until Monday. Some patches of the town centre were under 1.5 metres of water yesterday afternoon after the Petchuburi River broke its banks on Wednesday night.

500 homes in Tambon Ton Mamoung in Muang district were inundated with deep water as of last night.

Meanwhile in Trang the Governor has issued a warning for riverside and hillside residents to brace for heavy rains, possible floods and landslides until next Tuesday. Nearly all of the 50 fishing trawlers in Songkhla have been kept tied up ashore following warnings from the Meteorological Department about strong winds and up to 3-metre-high waves until next Monday. 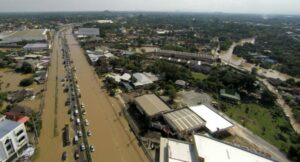 Rock star Artiwara “Toon” Kongmalai and his group are resting last night and today after the runner suffered from muscle injuries at the end the Day 23.

Toon and his staff are resting in Prachuap Khiri Khan. Toon will resume the charity run on Saturday. Toon’s doctor recommended he take a two-day rest after noticing that he was running awkwardly with muscle strains. Toon’s on his way to reach Chiang Rai by December 25, the end of his 2,191 kilometre journey to raise money for Thai public hospitals. 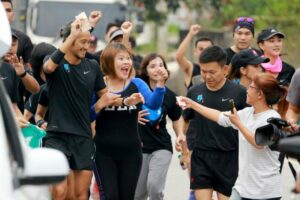 Best places to live for expats

Malaysia has been named the “biggest winner” in a study examining expat experiences around the world.

The survey by Expat Insider 2017 places Kuala Lumpur fourth in the overall list of 51 cities ranked best to worst for expats to set up home in, with Manama – the capital of Bahrain – Prague, and Madrid just slightly ahead. KL is highly appreciated for ‘how easy it is to settle down and feel at home in such a short space of time’.

The study of 13,000 people living and working abroad, is one of the most extensive expat studies worldwide. Apart from offering an in-depth analysis of expat life in 51 cities, the survey ranks them by a variety of factors from the area’s quality of urban living, getting settled, urban work life, as well as finance and housing. 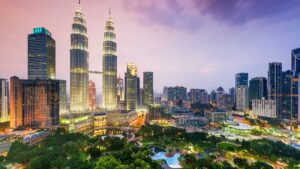 Police roles could be moved to other Government departments