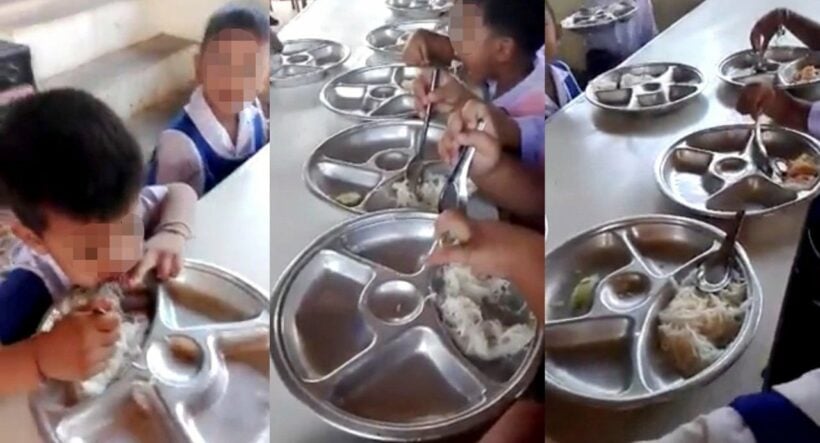 The Education Ministry is investigating the former director of the Ban Tha Mai School in Suran Thani province for alleged “grave disciplinary offences”.

His alleged penny-pinching cuisine options drew the attention of authorities after someone posted a video clip on the internet showing students at the Ban Tha Mai School in the Tha Chana district eating noodles with just fish sauce for lunch.

Somchao Sittichen, who was transferred out of the school’s top position on June 1, risks being sacked without pension benefits if found guilty.

The pathetic student meals suggested that something was amiss at the school. Under regulations, schools must provide at least rice with two side dishes plus a dessert or fruit.

Some junior teachers wept as they told the inspection team of how Somchao forced them to sign their acceptance of various works for the school and documents using “creative accounting”.

“You have no need to fear. Please tell us everything,” Kosol said.

The inspecting team said the teachers’ testimony would count in the investigation against Somchao.

“Five of them are offences of a serious nature,” he said.

According to Jakkarin, corruption over lunchtime meals is just one of the serious allegations against Somchao. Others include substandard road construction for schools, channelling school funds to his own pocket, and having just six electricity poles erected for the school while in fact the school should have got eight poles.

Songwut Maliwan, deputy director of the Fund for School Lunch Office, said he had heard that because current teachers at the Ban Tha Mai School were much younger than Somchao, they did not argue with him. 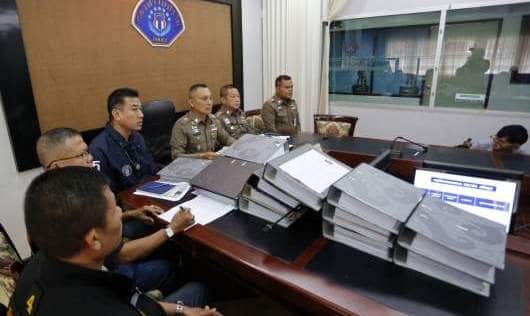 “Another factor that allowed Somchao to steal lunch money is the fact that the Education Ministry no longer conducts random checks on lunch quality,” he said.

Kanlaya, who has helmed the school since 2015, is now accused of inefficiency and inappropriate behaviour.

“We have noticed that the school has now reduced the lunch budget by 25 per cent,” said Prakai Luenkaew. “Food that is supposed to be for children is also shared with teachers.”

Prakai, moreover, said from the time Kanlaya had headed the school, every student was required to pay 1 baht for drinking water.

“Only students in Anubarn 2 level do not have to pay because their teachers offer to pay for them,” she said.

“We will set up a fact-finding committee within seven days,” the office’s deputy director Prasit Chaiwong said.