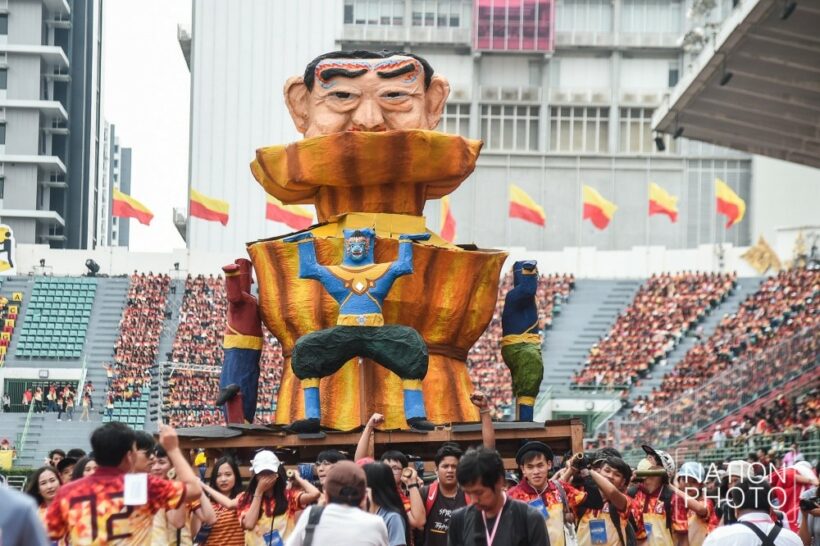 They also targetted what they saw as double standards in the judicial system and the use of special powers under section 44 of the interim constitution by Prime Minister General Prayut Chan-o-cha.

The inequality of opportunities and income between the leaders of big business and ordinary people was also mocked by caricatures used in the parade. 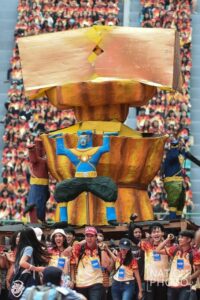 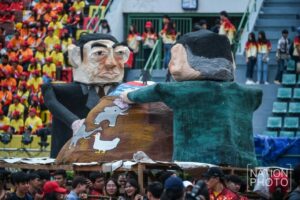 As the annual political satire parade at the traditional football match between Thammasat and Chulalongkorn universities kicks off late Saturday afternoon at the National Stadium, hundreds of police and military security personnel were deployed around the stadium and it’s surrounding commercial district to keep close watch and ensure that the event will go peacefully with no untoward incidents.

EOD police were checking the stadium and around all areas, including skywalk near MBK Centre to ensure no suspecious objects were there.

The police were also ordered to make sure that no posters or placards attacking the military junta are carried inside the stadium to join in the highly anticipated political satire parade, which is considered the highlight at this year’s traditional football match between the country’s two oldest universities.

Before the 2014 coup, the traditional parade in the past always featured banners with satirical messages and paper-mache caricatures lampooning political figures.

This year’s traditional event is the 72nd since it was first held in 1945.

Click here to read the rest of the ThaiPBS English report. 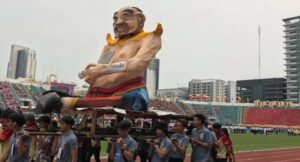 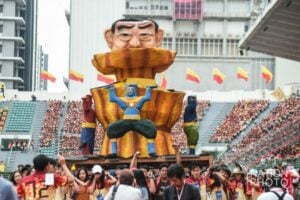