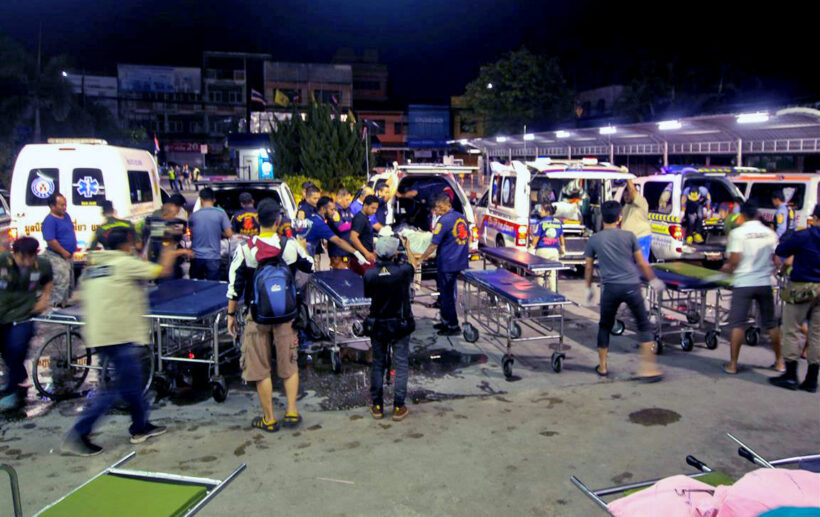 Thailand’s south is grappling with grief after 15 people died in an insurgent attack in the southern province of Yala on Tuesday night. Those who died were mostly defence volunteers, manning a security checkpoint in Yala – sitting ducks for the much-better organised and resourced southern insurgents.

The south, accustomed to attacks from militant groups for nearly two decades, has been left reeling from this latest brutal atrocity. It’s the third violent crime to take place in that particular village. The first took place in 2004, when a man had his throat slashed and the second was just three months ago, when the army was targeted in a bomb attack. This latest assault however, is unprecedented.

The attack has also been hardly reported in overseas media as the crisis in Thailand’s deep south appears to attract little attention from the world media.

The men stationed at these checkpoints are seen as easy targets as they have no choice but to remain and carry out their job, under-resourced and out-gunned. Now the 4th Army Chief, Lt Gen Phonsak Phunsawat is calling for security to be improved to protect these volunteers.

On Tuesday night, the checkpoint in Yala was sprayed with bullets around 11.30pm, as well as having grenades and spikes launched at it. Up to 60 people are believed to have been involved in the attack.

Lt Gen Phonsak says those behind the planning of the attack are being protected, accusing surrounding villages of helping to protect their identity. He claims there are 118 villages listed as places that are potentially providing assistance to the insurgents.

“They the insurgent attackers appear to vanish into thin air immediately after they carry out an attack. And that’s because they have hideouts right in the villages.”

One of the volunteers killed was Samsami Sama.

The Bangkok Post reports that his 40 year old widow Sarinya Chaiya recalls hearing gun shots that night and prayed that her husband was okay. A few hours later, the chief of the village came to inform her that he had been killed.

Sarinya now has to raise their 3 year old daughter alone and wonders if she should leave the violence-stricken region she has lived since marrying her husband a decade ago, to return to her hometown in Phayao, northern Thailand.