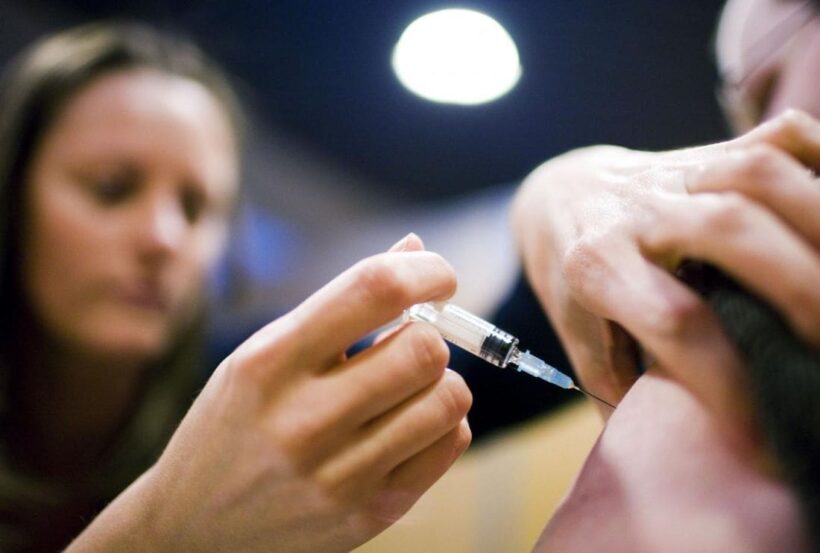 Even as measles outbreaks continue to mount among clusters of unvaccinated children around the world, in developed countries as well as a concentration in Thailand’s southern provinces, yet another large study finds NO association between the measles vaccine and autism – a reason often parroted by parents for refusing vaccination for their children.

Measles infected 2,280 people and killed 18 in the mainly Muslim border provinces in Thailand’s South in 2018 (figures only up to November 2018).

The new research confirms what has long been widely accepted in the scientific community, and echoes findings of a 2002 study by members of the same team of scientists about the vaccine, known as MMR because it protects against measles, mumps and rubella.

The findings come at a time of resurging suspicion about vaccine safety, promulgated on the fringes of the internet and on mainstream social media.

Many of those companies, including Amazon and Facebook, are now actively taking steps to remove inaccurate and dangerous anti-vaccine content.

In emphatic language, the researchers, who followed 657,461 Danish children born between 1999 and 2010, stated in the Annals of Internal Medicine: The study strongly supports that MMR vaccination does not increase the risk for autism, does not trigger autism in susceptible children, and is not associated with clustering of autism cases after vaccination.

Denmark offers a national vaccination program that is free and voluntary. At regular intervals, a team led by Dr. Anders Hviid, who is with the department of epidemiology research at Statens Serum Institut in Copenhagen, followed the children, 31,619 of whom remained unvaccinated.

The researchers further broke out subgroups of children according to other inoculations, and whether they had siblings with autism.

In time, 6,517 children received a diagnosis of autism. These researchers found no greater proportional incidence of the diagnosis between the vaccinated and unvaccinated children. This conclusion echoes a finding in their 2002 study of 537,303 Danish children, published inÂ The New England Journal of Medicine.

In an editorial accompanying the study, Dr. Saad B. Omer, a public health researcher at Emory University, and Dr. Inci Yildirim at the Emory School of Medicine, pointed out that it has been nearly a decade since the small study which set off alarms about a possible link between the vaccine and autism has been refuted and retracted.

Yet resources are being continually poured into studies such as this latest one, to underscore the inaccuracy of that original misfire.

You can read the full study HERE.

Muslim man shot and wounded on the Thai/Malaysia border