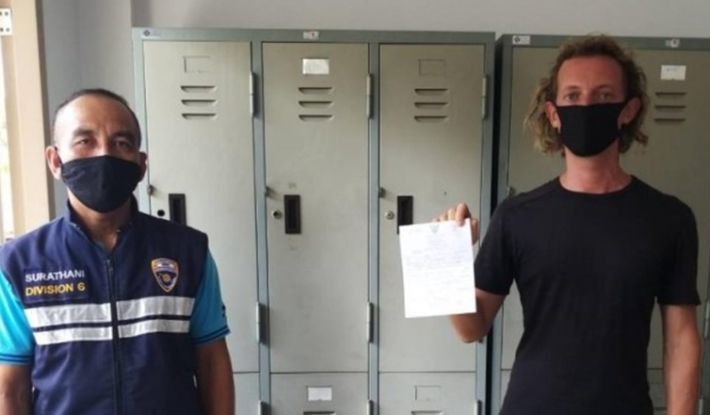 Thai Immigration deported a foreign diver who was arrested in September for disturbing marine wildlife off Koh Pha Ngan. Photos and videos of himself and another diver holding, poking and tickling sea creatures were posted on Facebook, leading to their arrest.

Attila Ott, a Hungarian national and owner of the island’s Pink Panther Scuba Dive Club, was deported after his visa was revoked, according to director general of marine and coastal resources, Sophon Thongdee.

Both Attila and the other diver, Dutch-Italian Francesco Simonetti, were arrested on September 1 for disturbing wildlife in a protected area. Simonetti, who worked at the Barracuda restaurant on the island, is still in the country. He posted a 50,000 baht bail and lodged an appeal with the Immigration Bureau.

Surat Thani governor Witchawut Jinto says he is urging authorities to quickly close the case. In the future, tourists who visit the Surat Thani islands – Koh Samui, Koh Pha Ngan and Koh Tao – will be warned not to disturb the environment.