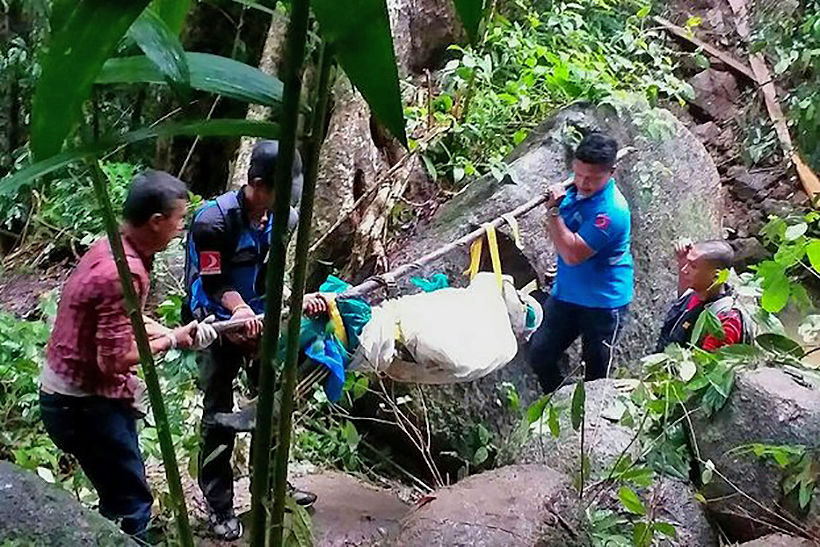 PHOTO: Villagers carry the body of one of the three men killed by government forces on Wednesday, from the Tawae mountains in Narathiwat – Benar News

The army has promised a full and fair investigation after three unarmed men were shot dead by security forces in mountains around Narathiwat province, southern Thailand, on Monday. Pornsak Poolsawat, Thailand’s southern army commander, originally claimed the victims were insurgents who had earlier clashed with security forces. But after hearing from relatives and conducting an initial investigation, he was forced to reverse his conclusion.

The commander told reporters that when a task force of soldiers, police and local officials encountered four or five “unknown men”, the officers identified themselves and asked to search them.

“But the men ran away and three or four gunshots were heard, so officers returned fire. Three men were killed while one or two managed to escape.”

The commander also clarified that the dead men were not armed, reversing an earlier statement he had made. Pornsak promised justice for the victims, now known to be forest loggers, saying he has ordered the 45th Ranger Task Force to conduct an investigation into the shootings.

“If it is found that the dead men were civilian villagers and not insurgents, despite officers’ efforts to be careful, they cannot deny responsibility. They will face investigation and punishment, without exception.”

Meanwhile, a human rights protection committee has spoken to Benar News promising the families of the victims that they would get justice.

“The three were found dead next to timber without weapons” a spokesman told reporters Benar news agency.

Thai PM Prayut Chan-o-cha announced last Tuesday that a 2005 emergency decree would remain in effect in most of Thailand’s deep south. The decree gives security forces almost blanket immunity for their actions.

More than 7,000 people have been killed across the mainly Muslim and Malay-speaking deep south, which comprises Narathiwat, Pattani and Yala provinces and parts of Songkhla province, since the separatist insurgency reignited in 2004.