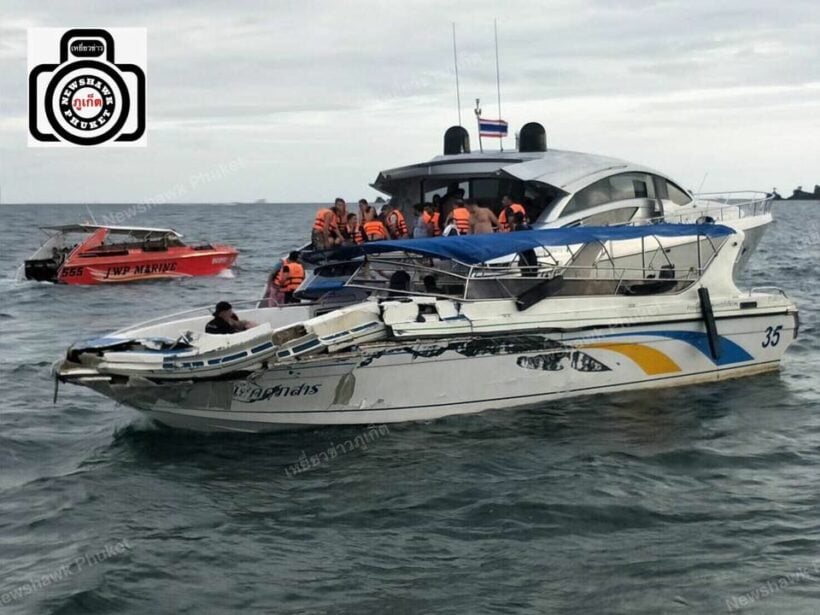 On Wednesday, December 18, there was a boat incident near Koh Kai, in Phang Nga. The collision is believed to have happened around 4pm. A speedboat on tour collided into a luxury yacht, which resulted in at least four injuries. One of the passengers on the yacht suffered a broken leg. When marine rescue arrived at the scene the four injured were rushed back to AA Marina on Koh Sirae where Kusoldharm medical attended to passenger injuries before being sent to hospital.

The tourists from the vessel were also taken ashore and returned to their accommodation.

The name of the speed boat is ‘Supasarn’. There was also a member of the crew from the speedboat that fell into the water during the collision and they couldn’t be found at the time. Marine officials dragged the speedboat to Koh Kai. No more information at this time. 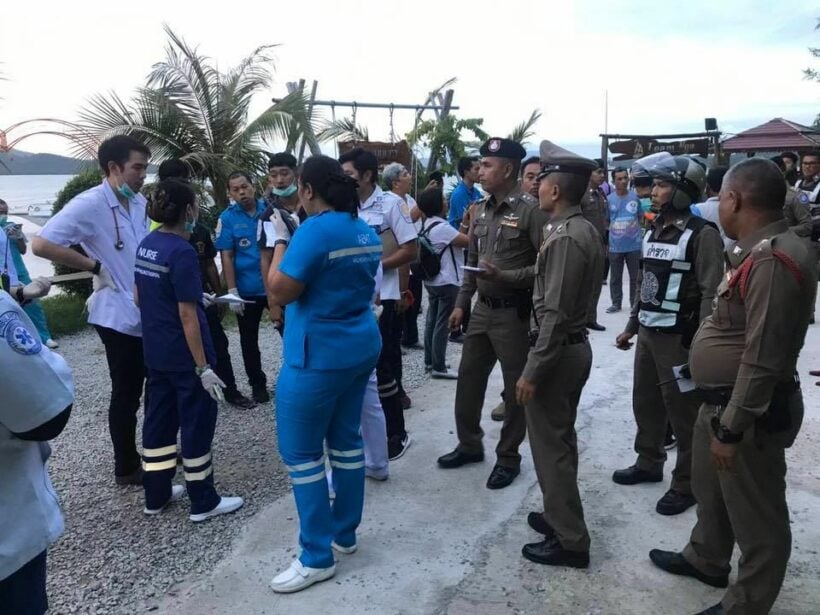 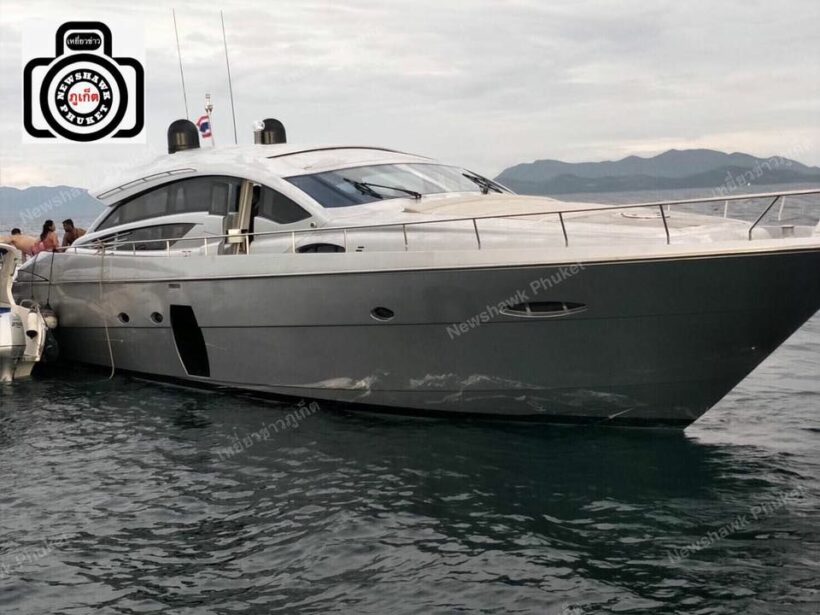 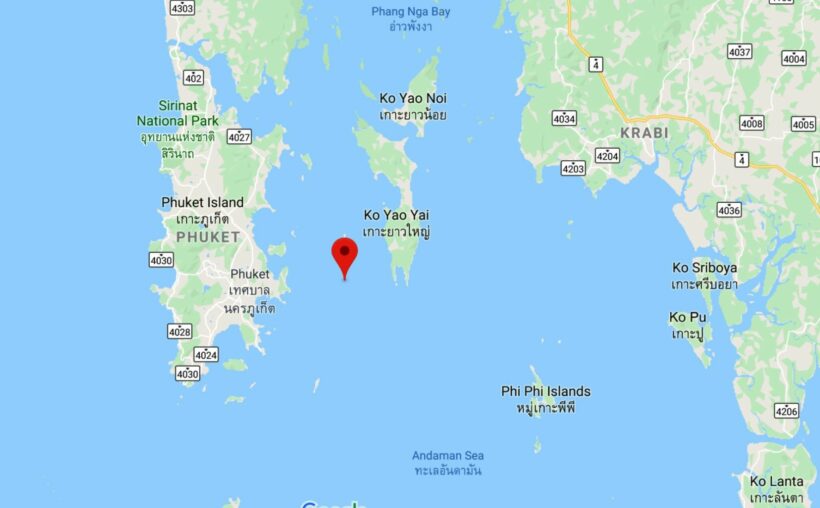