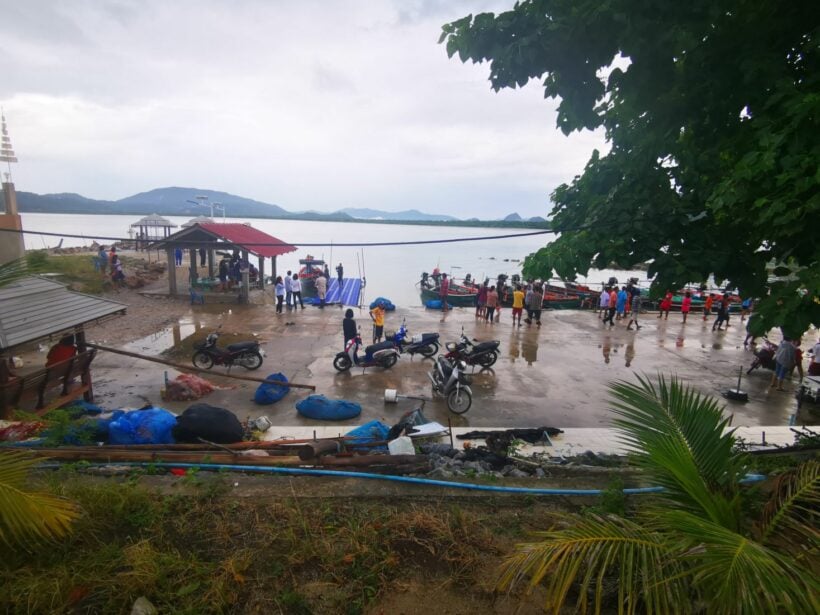 A tourist has drowned and a 63 year old man remains missing, presumed drowned, after a tour boat capsized during a sudden rainstorm in Thong Nian Bay, off Khanom district in Nakhon Si Thammarat yesterday. The incident happened around 3pm when a sudden storm, over-turning the boat and dropping everyone in the water.

A search was quickly organised after the capsize was reported to police. The tour boat captain and 6 of the 8 tourists were located and taken back to shore, wet but safe. The rescued tourists were a 34 year old man, 2 women aged 27 and 40, 2 boys under the age of 10 and an 8 year old girl.

Provincial governor Siripat Patkul says the boat was taking the tourists to see pink dolphins. Almost every morning, a pod of around 10, 2 metre pink dolphins can be seen gathering around Thong Nian Bay. They swim alongside fishing boats.

The search continues this morning for the missing man.