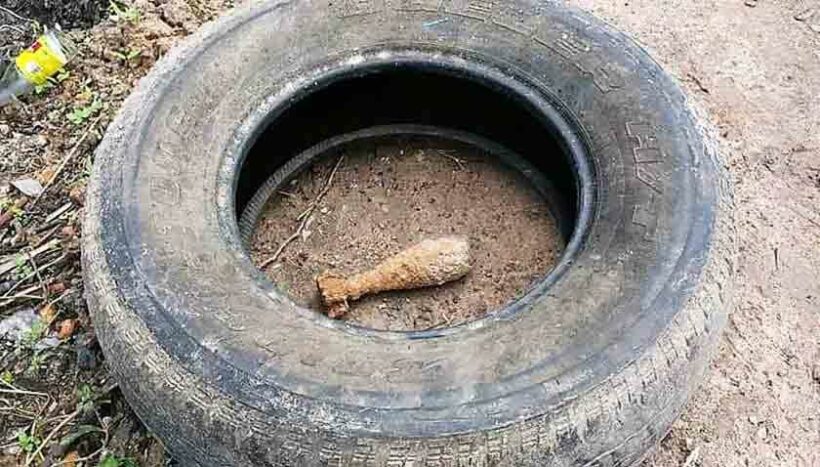 An unexploded mortar shell has been discovered at a construction site in Rayong, in the east of the country. Local villagers found the device while clearing land and trees at the site and alerted police.

Officers from the Explosive Ordnance Disposal Unit arrived on the scene to examine the device. It was transferred to dense forest nearby and successfully dismantled remotely. Police say the device is a type of mortar which had not exploded on launch, describing it as potentially very dangerous.

“This bomb could be a very powerful explosive. We could not be certain if it was going to explode or not. The infused chemical inside might trigger the bomb anytime, so it was best to take it away from the village before we began dismantling.”

Officials have launched an investigation to determine how the mortar came to be at the construction site. The discovery comes just days after 5 unexploded bombs were found in the eastern province of Sa Kaeo.