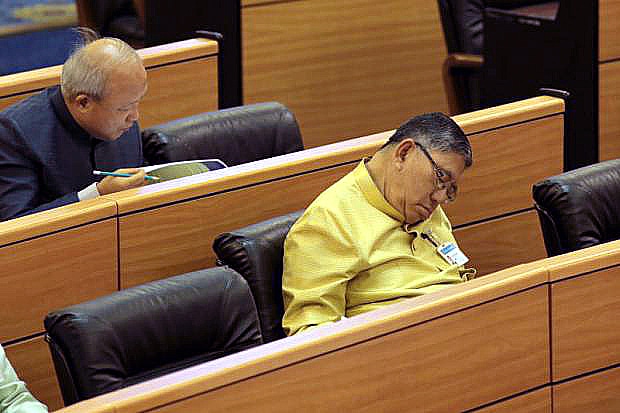 The two NLA members – Air Chief Marshal Charlie Chanruang and Thamrong Thatsananchalee – had been captured dozing off by media cameras when the NLA was debating the national budget on Thursday. PM Prayut Chan-o-cha took part in the discussions and spent some 90 minutes defending the plan.

The leaked photos raised questions among the public whether the coup-installed legislature was working hard enough and in the public interest while members were drawing a monthly salary of at least 113,560 baht over the past four years.

Peerasak apologised for the incident. “I understand the public sentiment and opinion that it was an important legislation and the NLA should have been more hardworking. So, I have to apologise,” he said.

He insisted the two had been working hard, going out in the field to meet people, but right now they were suffering from some poor health conditions. Charlie recently had a heart surgery while Thamrong had also been ill, he explained.

Also, they were not asleep while the PM was presenting the budget plan, the NLA vice president said. They fell asleep only when other legislators were debating the issue, he added.

NLA heads had discussed the matter and concluded that they would seek cooperation from members but were unlikely to issue regulations or measures to specifically direct how they work, he said.

Meanwhile, in a separate interview yesterday, Prayut said he had kept a record of everything. Those found sleeping during the meeting would not get any positions in the future, he said.

“I have already sent the photos to the NLA president [Pornpetch Vichitcholchai]. He has already seen them and probably will find out what happened,” Prayut said.

Clearly upset about the incident, the PM said he would rather see the media pay attention to how he had presented the case for the 3 trillion baht budget than on NLA members taking a nap during the assembly.

The two legislators involved declined to discuss the issue.

Charlie said he would rather not clarify anything. He did say, however, that he wasn’t bothered his inappropriate photo was in the news and he was firm about continuing as an NLA member. Thamrong refused to talk to the press, saying he was in a meeting. 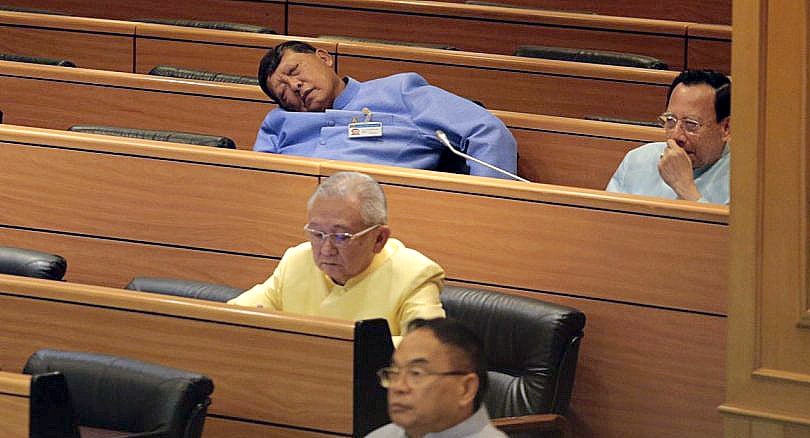 A wet weekend around the country