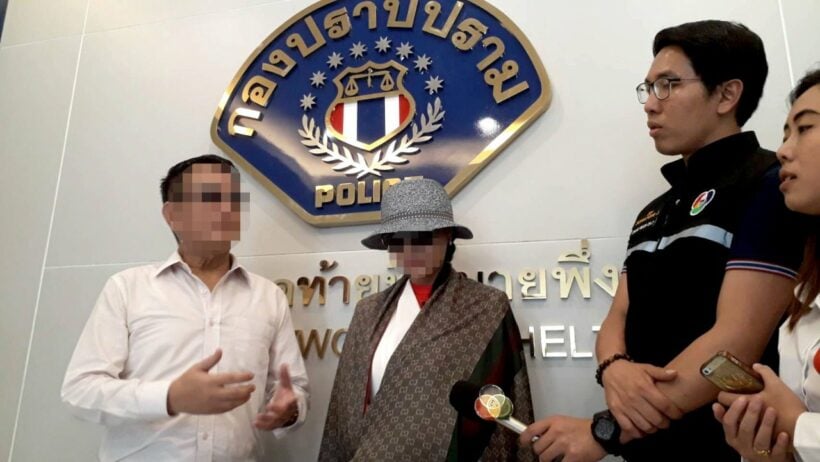 A disciplinary investigation is to begin next week into claims that a Department of Special Investigations official took a video of him raping a 38 year old Pattaya businesswoman at gunpoint in May 2015 and then used the tape to blackmail and extort 2 million baht from the woman.

Justice Ministry deputy permanent secretary Thawatchai Thaikhiew said yesterday that the alleged victim, whose name is being withheld, filed a petition for justice on Thursday with the Police Crime Suppression Division.

Thawatchai said the permanent secretary had signed an order to set up the disciplinary probe committee on February 6 and the accused official signed an acknowledgement three days later. The panel has been gathering evidence and establishing guidelines for the first session next week and should complete the probe in 180 days, he said.

The accused official has not been suspended from work because the accusation was related to his abuse of authority and he has not obstructed the probe so far, he said.

Thawatchai said the investigation – which could result in dismissal from the civil service with or without pension benefits – was not linked to criminal charges.

He said the alleged victim could lodge a police complaint to proceed with criminal charges at the same time. If the accused were sentenced to imprisonment, the disciplinary punishment would automatically become dismissal without pension benefits.
The DSI issued a letter explaining that the victim had filed a complaint with the DSI last February and they had passed it on to the permanent secretary for due process. This had resulted in a fact-finding probe last April and the recent order for a serious disciplinary probe.

The months-long delay was not explained.

The DSI also said that the disciplinary probe would take into consideration the result of any criminal investigation.

On Thursday, a male relative of the alleged victim said she has been under stress and was traumatised by the alleged rape, coercion, harassment and extortion from this “well-known powerful official”.

She gave the CSD evidence, including Line chat messages of the suspect’s threats and blackmail photos, he said.

The relative said the accused had filed a lawsuit against the woman for adultery. He said the court ruled against her because of evidence “made by coercion” including the photos.

The relative said the family was gathering evidence to appeal to the Supreme Court. The family hopes that the DSI disciplinary probe will finally give them justice. A police source said that the victim had filed a previous complaint of illegal detention and coercion with the Pattaya City police and that case has been forwarded to the public prosecutor.