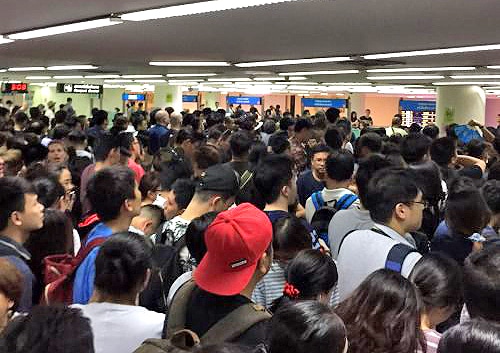 About 200 immigration officials from immigration offices around the country are being rallied and sent to the beleaguered Suvarnabhumi and Don Mueang international airports in the hope of coping with the incoming traffic.

Both airports have been shamed into action after social media posts have snapped photos of hordes of unprocessed incoming tourists waiting to be processed by Immigration officials.

Thousands of passengers were caught in queues for more than four hours at the immigration checkpoints at Don Mueang. Immigration and airport officials have blamed extra flights, not being told about some flights by air-traffic control and lack of staff. For their part, the waiting tourists have complained about the cramped conditions (at Don Mueang), poor ventilation and, well, just having to wait for four hours.

Commander of Second Division, Pol Maj-Gen Sitthichai Lokanpai, of the Immigration Police told his staff to attach importance to security in screening incoming passengers and, at the same time, providing convenience and being polite to the travellers when he met with them on Saturday night.

Government ramping up its plans to control Thai media

Belgian couple fleeced of 100 Euro by ‘police’ in BKK