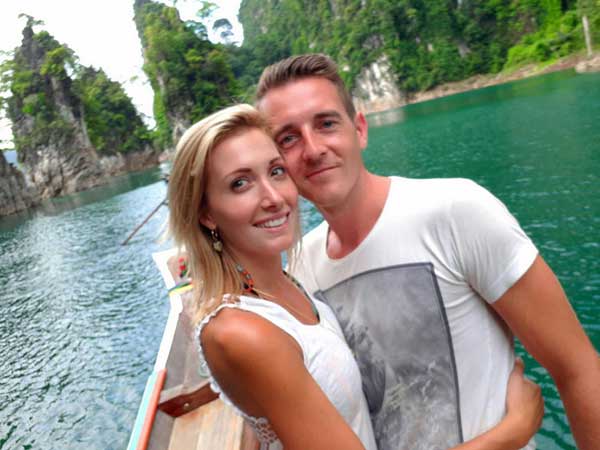 A Belgian couple are claiming they were detained and robbed by Bangkok police on the last day of their holiday.

28 year olds Maxime Kempeneer and Noel Borgs are making big news in Euro social media. According to their story, the robbery happened on August 10. Maxime says the couple had been backpacking and were in Bangkok to catch their flight home. No details about the precise location the alleged robbery took place.

They claim that a policeman on a scooter stopped the couple whilst walking around Bangkok. They say the policeman was soon joined by six or seven other, what they describe as ‘police officers’.

They claim they were then taken to a police station in a taxi. Maxime say a she then had her gold necklace ripped from her neck in a ‘dark room’ and a note then given to her saying ’40,000 baht’ written on it.

Negotiating for an hour, the couple handed over 100 Euro, apparently all the cash they had on them. They say that seven men were in the room with them for the whole hour intimidating them and threatening them with other punishments if they didn’t pay up.

Maxine says her gold necklace was thrown back at her after the money was handed over and she told them that it was a fake.

The couple have lodged a formal complaint with the Belgian Embassy in Bangkok after they arrived back in Belgium.

Send in the cavalry. Extra immigration staff being sent to Don Meuang and Suvarnabhumi