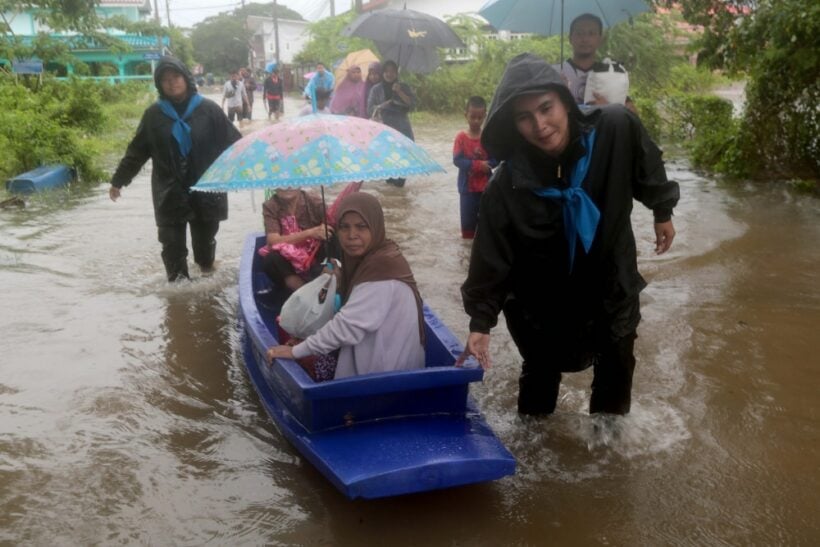 Welcome to the weekend. As usual you can start your day with all the main local news stories from Phuket and Thailand. During the day we also have weather updates every 30 minutes on The Thaiger 102.75 FM (download the free App on your phone).

A highly regarded nurse of 12 years service in Trang has drowned inside her car after her vehicle fell off the bridge on a flooded road, while a policeman’s body has been found in the back of his flooded home.

They were Trang’s first flood fatalities since heavy rains and floods hit the South during the week. A 38 year old also remains missing since Thursday. Floods continued to affect some 80,000 residents and inundated about 170,000 rai of farmland in Trang.

Yala, Narathiwat and Pattani continue to be hard-hit by flood with water levels steadily increasing from swollen rivers due to heavy rain. 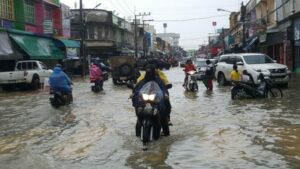 NCPO blame ‘threat’ for not allowing resumption of political meeting

As the clock ticks down to election day, the ruling junta is warning it might not lift political restrictions any time soon because of the recent discovery of active military weapons might mean that the country is once again “being targeted for an attack”.

Deputy PM and Defence Minister Gen Prawit Wongsuwan yesterday claimed that intelligence indicated that “some movements” had started, which could make it difficult to lift the NCPOs ban on political activity. The junta placed political restrictions against political gatherings of five or more people shortly after its 2014 coup, resulting in all politics-related activities, including party meetings, being prohibited.

A call to lift the ban from political parties and pressure groups is growing as the election, scheduled for November 2018, draws near. 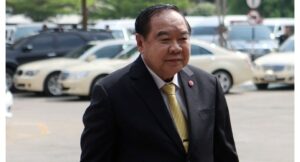 Bangkok police are deep into preparations to welcome charity runner Artiwara “Toon” Kongmalai, who is due to arrive in the capital on Monday at about 3 pm.

Yesterday, the 31st day of the marathon, Toon started his run from Cha-am district, Phetchaburi province toward Pak Tho district, covering a distance of 70 kilometres. As usual, people showed up to give him moral support and made donations throughout the running route. 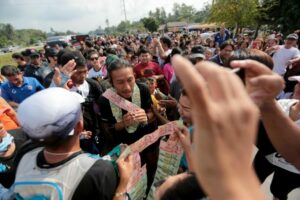 Shoot-out on the Mekong

Police have seized 76 kilograms of heroin while they were being smuggled across the Mekong River from Laos following a shootout with a group of foreign traffickers early yesterday.

Police report that the gunfire between police and drug traffickers happened about 200 metres from the Mekong riverside in Samngkhom district.

Police received a tip-off that a drug gang would smuggle the drugs across the river into Thailand. When police intercepted 10 men crossing the river, the gang opened fire. Following the gunfight, the men retreated to the river.

Police have since learned that the drugs were supposed to be transported to Songkhla province to be smuggled into Malaysia. 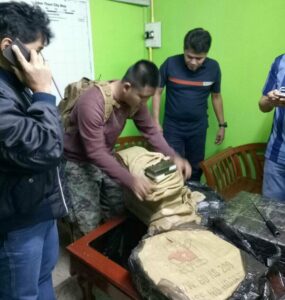 Thai authorities have seized 330 live Indian Star tortoises hidden in three suitcases at Suvarnabhumi Airport but the suitcases had no luggage tags linked to any flights.

An X-ray of the unusually heavy suitcases found they contained the endangered tortoises, estimated to be worth at least 1 million Baht on the illegal market.

Police are on the hunt for the smugglers. In the meantime the tortoises have been transferred to the National Parks, Wildlife and Plant Conservation Department for some tortoise love as officers decide how to return the reptiles to the wild. 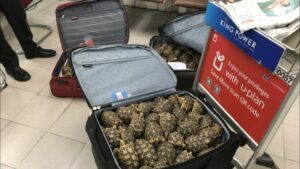 Phuket’s stray dogs being rounded up

The Governor reported that there is an estimated total of 11,500 dogs in Phuket, of which a thousand of them are stray dogs that live in public areas including around tourism attractions, and are at risk of rabies.

Officers are now focusing on areas known to have fierce dogs, such as Toh Sae Hill and Chalong Temple. The dogs from these places are being sent directly to the dog shelter in Thalang. 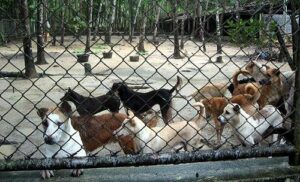 Pope doesn’t utter the ‘Rohingya’ word whilst in Myanmar

Pope Francis is in Bangladesh through Saturday after four days in Myanmar, formerly known as Burma. He is expected to meet with Rohingya refugees in Bangladesh, but will not travel to the border where more than 600,000 Rohingya refugees are trying to survive. Scheduled well before the August violence against the Rohingya, the pope’s seeming effectiveness is being called into question because of one word. VOA’s Steve Reddish explains HERE.

Daily briefings compiled from The Nation, Phuket Gazette and VOA.