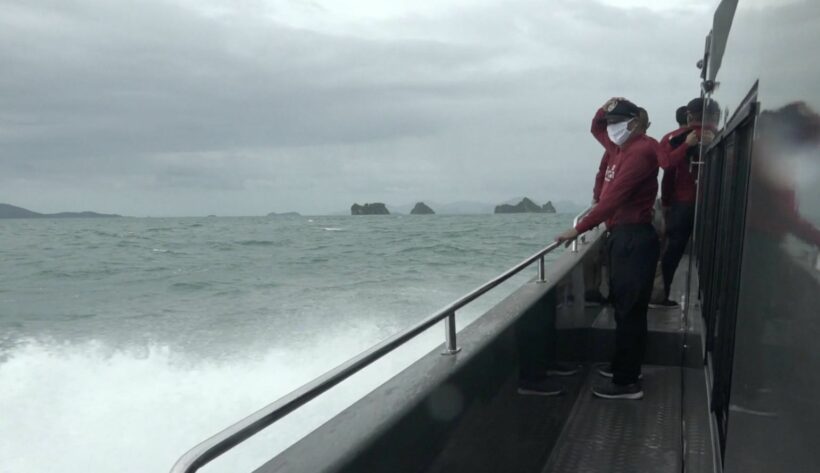 Salvage operations have been completed for the Raja 4 car and passenger ferry which sank off the coast of Surat Thani, heading back from Koh Samui in the Gulf of Thailand, on August 1. 12 people drowned as a result of the sinking.

The ferry foundered and sank in a sudden weather front about 2 nautical miles from Koh Samui as it headed for the Don Sak pier on the mainland. There was poor weather, driving rain and waves up to 3 metres at the time, according to people on the ferry. The Raja 4 was carrying 16 people, four 10-wheel garbage trucks and a pick-up. 3 of the garbage trucks had already been salvaged along with their loads of compressed garbage compacted at the island before transport.

Of the 16 people on board at the time, 12 were eventually rescued and 4 drowned, including the captain of the ferry. Helicopters from the Army and Navy were used to assist in the search operations. The life rafts were deployed by crew at the time as the ferry started sinking but not all passengers were able to scramble onto them before it sank.

2 other ferries in the area at the time steamed to the scene and were able to rescue 9 of the passengers and crew. Another 3 were rescued in the days after, 2 were swimming to nearby Koh Taen and were rescued, both wearing life jackets.

“The water swept me away from the ship very quickly. Later I saw the island and then tried to swim toward it.”

MS Service Company was contracted to salvage the Raja 4. The company used 2 crane barges to left the wreckage from the bottom of the Gulf of Thailand where it was resting on its side. After lifting, the water was pumped out and the vessel towed back to Koh Samui.