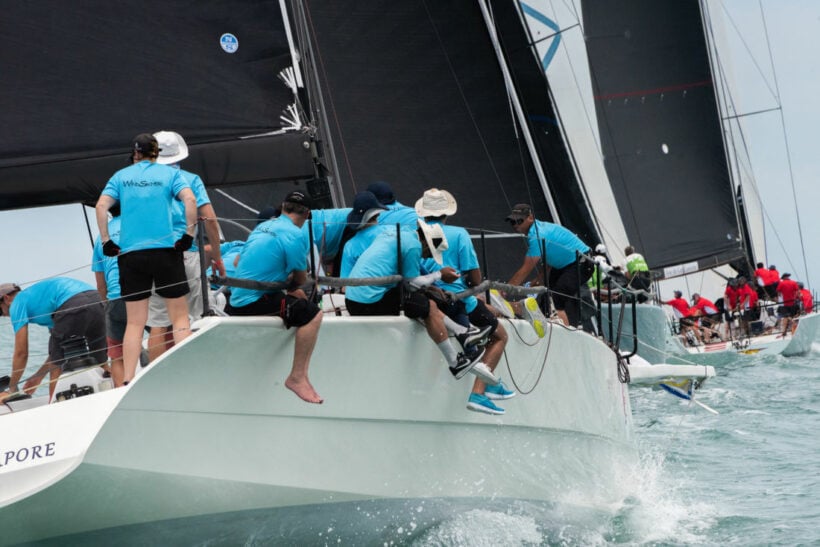 Samui Regatta is a highlight event on the regional regatta circuit that attracts a high calibre fleet of boats and sailors from around Asia to enjoy some top racing off the tropical island, followed by nightly prize-givings on the beach. “Regattas don’t get much better than this” was the consensus at last night’s official opening of the 18th Samui Regatta, which was presided over by Vijvut Tjinto, Governor of Surat Thani, and island dignitaries.

Early off the beach this morning, Race Officer Ross Chisholm and his team headed north of Chaweng and set today’s startline off the northern coastline. IRC racers were given two Windward/Leewards while the Premier divisions and IRC Cruising class were sent on a longer course taking in the scenery, outlying islands and gin-clear waters for which Samui is justifiably famous.

Making their intentions clear from the off were 2015 regatta winners WindSikher (SIN), who claimed the first bullet in IRC Zero. Owner Sarab Singh and his crew have raced Samui Regatta many times before and put their knowledge to good use in Race 1, correcting out two minutes ahead of defending champions THA72 with Zannekin (HKG) third.

With the wind splitting the fleet so dramatically in Race 1, the course was re-laid for the second race and after two laps less than 20 seconds separated the top two. Ray Roberts’ Team Hollywood (AUS) edged out THA 72 to take the win. Freefire (HKG) jumped up into third with Jelik snatching fourth, just fifteen seconds ahead of WindSikher on corrected time.

Two second places for THA72 today see them top of the standings as they hunt down their fourth consecutive win – a feat unmatched over the past 18 years.

In IRC 1, last year’s class winner and 2017/18 AsianYachting Grand Prix winner, Mandrake III (HKG), got their regatta off to the best of starts with a double daily double – line honours and win on corrected time in both of today’s races. The former Ichi Ban, Fujin (AUS), placed second in both races while Morton Jakobsen/Niel Semple’s Over Here (THA) placed third in the first race but was edged out by another former Ichi Ban, Tenacious (AUS), in the second race. 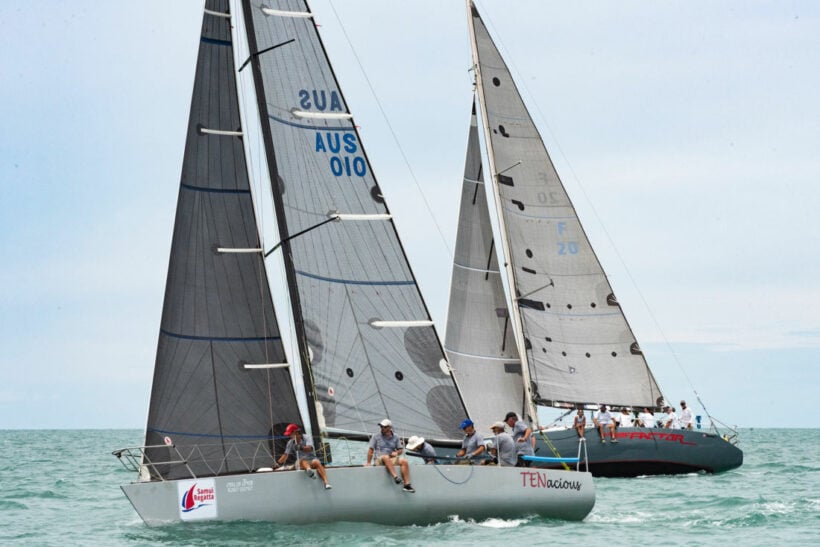 The Premier class are being scored in two divisions: IRC for the monohulls only and NHC for the monohull-multihull combined fleet which includes the 60-foot trimaran, Scallywag FUKU Bld 60 (HKG).