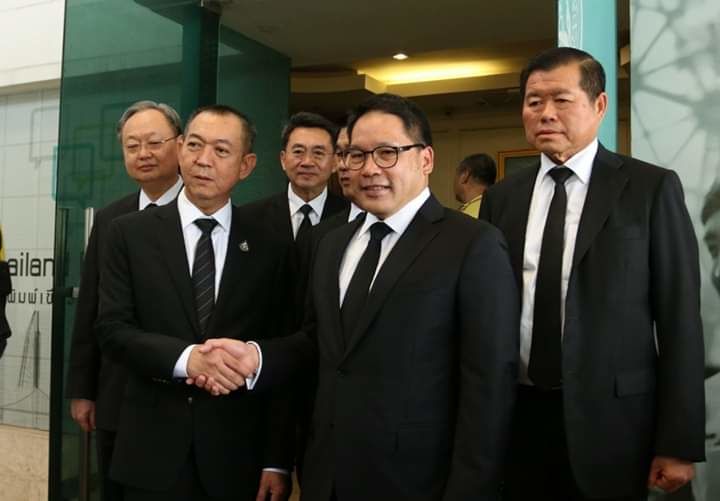 Mr. Uttama later told the media that the Democrat party was invited to join in the formation of a coalition government in order to move the country forward for the benefit of the people, as promised.

He said that the issue of sharing cabinet portfolios among coalition partners had yet to be discussed in detail adding, however, that he would like all its allies to support General Prayut Chan-o-cha’s candidacy for the premiership.

Referring to former Democrat party leader Abhisit Vejjajiva’s pre-election assurance that the party will not support General Prayut as the next PM, Mr. Uttama said he thought that was a pre-election statement which was already a matter in the past and he hoped that the Democrats would not raise the issue as a condition for joining its alliance.