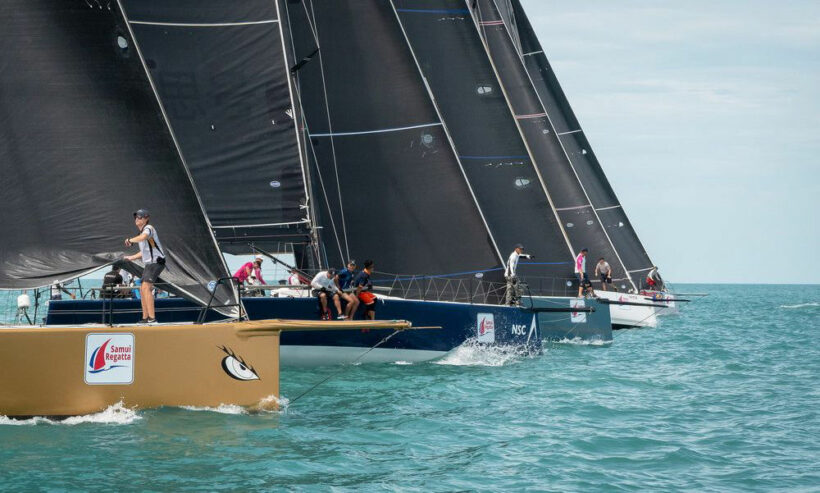 “Early entries are looking good with a strong line-up of boats and crew from Hong Kong, Singapore, Australia and Thailand.”

The “Tropical Island Regatta” is set to return to Koh Samui’s shores from May 25 to June 1 on Chaweng Beach and this year will be at a new venue, Synergy Samui Resort.

Samui Regatta is popular with sailors from around Austral-Asia and organisers expect to welcome competitors of more than 20 nationalities in what is also the season-ending event in the 2018/19 AsianYachting Grand Prix.

“The regatta has a new home this year. We will be headquartered at Synergy Samui Resort which has welcomed us with open arms and will be our base throughout the event, providing us with a beachfront hub from which to operate the regatta as well as hosting a number of daily prize givings,” said Orawintanee Wattana, Regatta Director.

“The resort is just a few hundred metres along Chaweng Beach from our previous home so the popular anchorage remains unchanged, as does the stunning sailing area off the east and north coasts, and our many repeat sailors can continue to enjoy their favourite hangouts onshore.”

Organisers are expecting a top draw line-up of some of the best IRC yachts and crews in the region. The ever-green Jelik (HKG), which has a new bulb configuration, intends to give the region’s top TP52 crews a run for their money including Kevin and Tom Whitcraft’s THA72 (defending champion), Team Hollywood (AUS) and Freefire (HKG), as well as WindSikher II (SIN) and Zannekin (HKG) in IRC Zero.

Returning to the regatta this year is the Premier Cruising Class with MoonBlue 2 (HKG), Bella Uno (HKG) and Lawana (THA) towing the startline.

Meanwhile in IRC 1, last year’s regatta and 2017/18 AYGP winner, Nick Burns and Fred Kinmonth’s Mandrake III (HKG), will be up against some tough competition from the likes of Fujin (AUS), Tenacious (AUS) and Over Here (THA).

Lead by Samui veteran Mick Grover, the ‘new’ MoonShadow2 will race all-comers in IRC Cruising, including a number of boats based around the Gulf of Thailand as well as the Pattaya-based SailQuest Hi Jinks (USA) which will be sailed by students from the SailQuest Sailing School, and Holding Patten (AUS), a newcomer to the regatta with a well known face at the helm, Michael Spies.

“Early entries are looking good with a strong line-up of boats and crew from Hong Kong, Singapore, Australia and Thailand. We also have interest from sailors in China and are working with Thailand-based cruising sailors to grow a fun and competitive cruising class,” added Wattana.