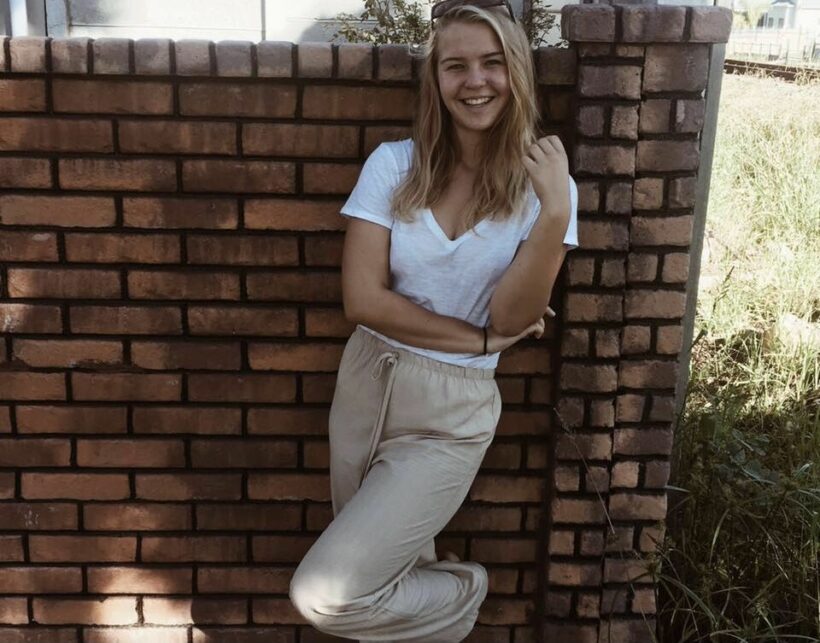 The family of the young South African woman incarcerated at Thai prison for accepting a package of drugs have been working on an appeal. 22 year old Ashley Oosthuizen was sentenced to life in prison after she accepted a package of MDMA at the Koh Samui restaurant Hot in the Biscuit in late-2020. Her mother, Lynn Blignaut, told The Thaiger she has faith that the situation will be sorted in time.

Over the past month, calls for her release have been renewed and several South African media outlets have reported on the case after Tristan Nettles, an American who was dating Ashley at the time of her arrest, made a website outlining what he says are details on the drug operation. He claims that Ashley was not involved.

Tristan has been outing himself as the one behind the importation and trafficking of MDMA on Koh Samui, calling himself an “international dark web drug dealer” and even going as far as to say that packages of drugs had been delivered to a school on the island for years. Tristan is not in the country, and would give away details on his current location, just saying he was in the “Pacific Time Zone.”

Ashley was a friendly face on the island, and had also worked as a teacher. Many expats on the island have been calling for justice, sharing hashtags and links to donate. After crowdfunding links popped up, Ashley’s mother Lynn Blignaut, asked that donations only be made to an official trust fund account once the family has finished settling it up.

Tristan made some crowdfunding accounts, but says he has since taken them down. Some have even started using other hashtags to support the mother’s efforts rather than Tristan’s.

According to the Bangkok Post, recent pleas to have Ashley extradited to South Africa were rejected as Thailand and South Africa do not have a treaty for transferring prisoners. For the appeal, Lynn says it is a process, and she has faith that it will be sorted in time. She added that the South African embassy has been supporting them in “all the ways they are allowed to.” Embassies can offer information and resources, but cannot get directly involved with the judicial process.

She says Ashley is in good health and high spirits, adding that “the Lord is sustaining her and providing for her in all ways.” LATEENMAX
She was a low level pusher. Sure there are more people that deserved to be jail but she was the one that got caught. She already admitted knowledge of the drug packages, she knew what the men she was involved…
HiuMak
She knew what she was doing carrying that package. I bet she was given a good fee for that. Action and consequences...just deal with it