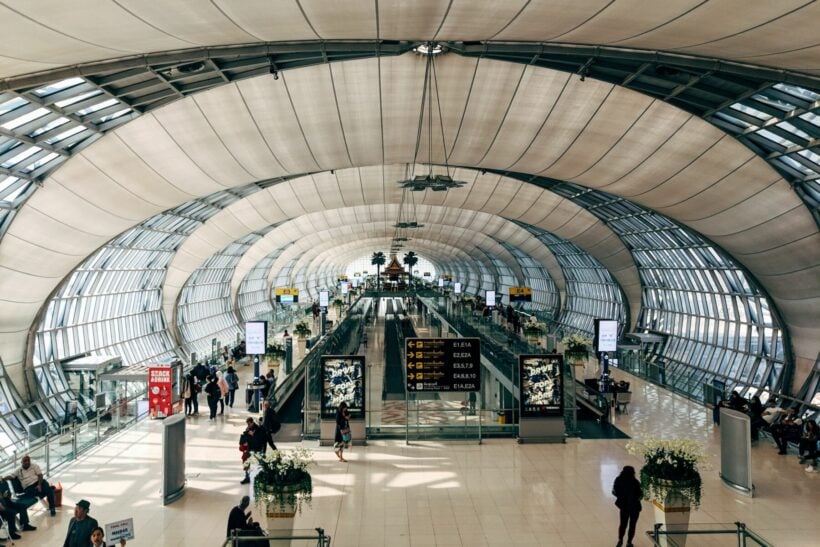 The first direct flight from Saudi Arabia to Thailand will land at Bangkok’s Suvarnabhumi Airport, a significant step after bilateral ties between the two countries were patched up.

Saudi Arabian Airlines flight SV846 from Riyadh will arrive at Suvarnabhumi Airport at 6:05pm today. The airline will operate three flights per week between Riyadh, Saudi Arabia, and Bangkok, with more flights to follow once the Covid-19 outbreak has ended.

The restoration of commercial air services with Saudi Aradia follows PM Prayut Chan-o-official cha’s visit to the Middle Eastern country in late January where he fostered ties. Diplomatic relations between the two countries have been tense for the past three decades due to the 1989 Blue Diamond Affair where a Thai cleaner stole gems from a Saudi prince and several Saudi diplomats who were investigating the case in Thailand were killed.

Now that diplomatic relations with Saudi Arabia have been mended, Thailand’s tourism officials hope to draw in more than a million Saudi tourists this year. Next month, Thai tourism companies will look for partnerships in Saudi Arabia to help the tourism industry recover from the Covid-19 outbreak, according to a deputy government spokesperson.

TheDirtyDurian
Humdililah!
Cathat
hopefully the service will soon be increased to daily.the most positive bit of news for the thai tourism industry in a very long time.the country could extremely well out of this if handled correctly,imshalla.

TheDirtyDurian
3 hours ago, Soidog said: I wonder how Saudis feel about the fact their fellow Sunni Muslim brothers were handed back to China by the Thais and most likely ended up imprisoned or worse. Or how they feel about thier…
Cathat
Before the incident in the 80's you had plenty of single guys expat and local alike heading straight for pattaya but you also had many families groups arriving from saudi. the country had a strong following for long stay family…