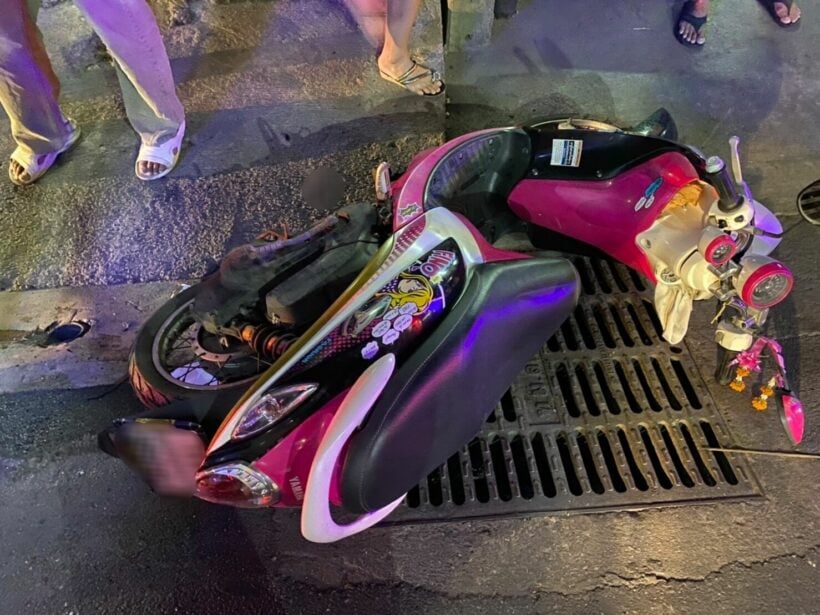 A 60 year old woman and her nine month old grandson died after their motorbike was slammed from behind by a pickup truck early Sunday night in Samut Prakan, southeast of Bangkok. The 35 year old mother survived.

She told the police she was riding her motorbike home with her nine month old son and mother. Her motorbike was hit from behind, and she felt the impact. They had all been thrown from the bike and onto the street. Her son and mother died at the scene.

The driver of the pickup that hit them stayed at the scene as police arrived. He was arrested and taken to a police station. A breath test revealed that he had consumed alcohol.

The driver was charged with careless driving and driving while under the influence of alcohol, both of which resulted in death and injuries.

bb54
A terrible thing to happen, RIP. As everyone who has ever spent time in Thailand knows, babies on scooters is an everyday occurance, some might say it is gross neglagence by the parent or carer.
HiuMak
Thais always have a drink too much.

DoUKnowWhoIAm
19 hours ago, Thaiger said: The driver of the pickup that hit them stayed at the scene as police arrived. The only unexpected thing in this story.
JackMeOff
In Bangkok and Pattaya everywhere you will see Thai adults riding motorbikes with very small children and even babies from days old to 2 years old. No children wear helmets. And of course no Thai motorbike drivers put any helmet…