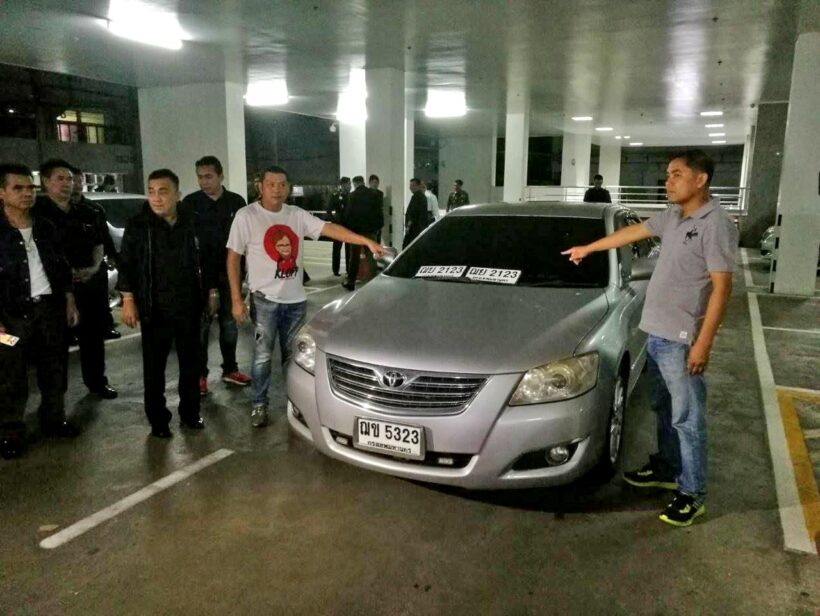 Yep. That’s the car he drove.

Pol Colonel Chairit Anurit of the Metropolitan Police, who allegedly drove former Prime Minister Yingluck Shinawatra to Sa Kaew province during her flight on August 23, will be dismissed from duty.

This follows a police fact-finding committee’s ruling that the officer committed a grave disciplinary offence.

The police colonel had also committed a lesser breach of the code of conduct for illegal use of a vehicle, the committee ruled.

Pol Maj-General Charnthep Sesavej, deputy chief of the Metropolitan Police, said yesterday that he would sign a paper to dismiss the officer first, then a disciplinary committee would be set up to determine his exact penalties.