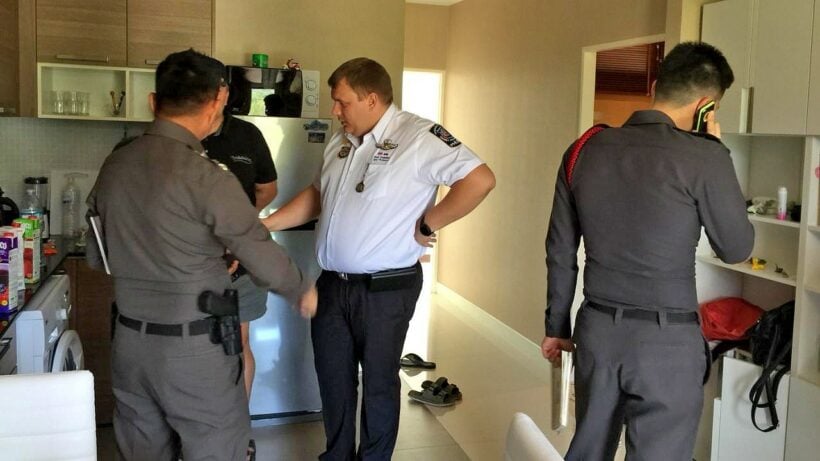 A Russian couple have spoken to Thai police claiming that fellow-Russians, posing as Interpol, had entered their condominium and forced them to give passwords before stealing nearly 4 million baht in Bitcoin.

23 year old Maxsim Latsoka and 28 year old Anna Nikurina were returning home on Monday night. When they entered their fourth floor condo in Muang district they were bundled into the room by two Russian men.

The men claimed they were Interpol from Russia investigating Bitcoin irregularities. The couple claim the men put a hood over Maxim’s head and wrapped a towel around the head of his girlfriend before another Russian man came into the bedroom. 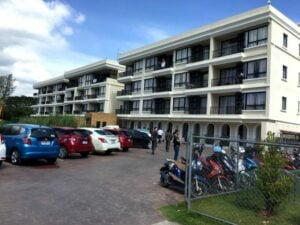 The gang were in the room for a total of five hours, according to the Thai Rath report.

They managed to get 100,000 Euros in Bitcoin, allegedly emptying the account. They then fled with the notebook warning the couple they would be back to carry out their threats if they spoke to the Thai police.

A Thai forensics team visited the condo yesterday. The Russian couple initially were scared to report the theft but a friend who is a volunteer policeman persuaded them that it was better to report it.

Thai police say that they have information that the gang have already fled to Malaysia.

Arrest warrants are being prepared. 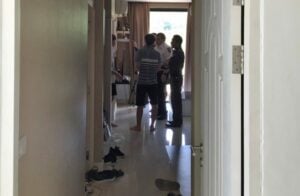 “Careless captain may be the cause of boat explosion,” Krabi Police