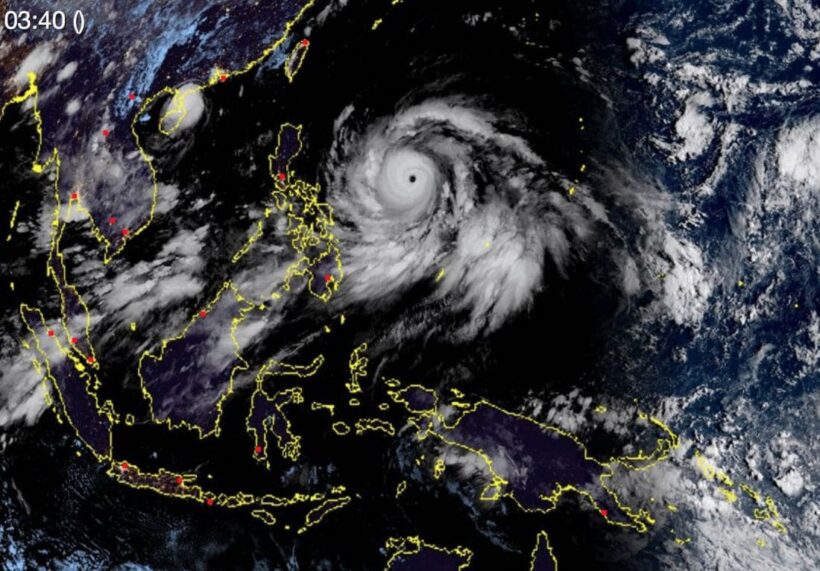 More than 4 million people in The Philippines are poised for the arrival of destructive typhoon-force winds caused by ‘Super’ Typhoon Mangkhut.

The massive storm peaked on Wednesday and became, officially, the strongest storm of 2018 with winds up to 285 kph.

Countries across east and southeast Asia, including The Philippines, Vietnam and China are issuing emergency alerts and ordering evacuations as both Mangkhut and a second storm, Typhoon Barijat, hit the region.

Around 12,000 people have been evacuated from low-lying parts of China’s Guangdong province and shipping halted ahead of the arrival of Typhoon Barijat which is now crossing the coast and into northern Vietnam.

Mangkhut, stronger than Hurricane Florence which has been battering the US East Coast, is expected to make landfall on Luzon island tomorrow. Current wind speeds have been measured up to 285 kilometers per hour (180 mph).

Mega storm bears down on Luzon Island, The Philippines