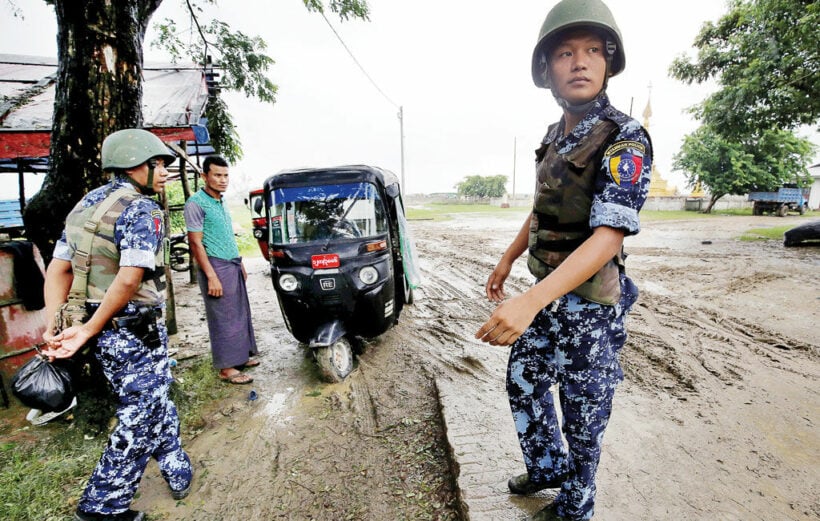 Myanmar is ignoring a convention banning chemical weapons and may have a stockpile left over from the 1980s… this claim coming out of Washington.

A senior US State Department official told the annual meeting of the Organisation for the Prohibition of Chemical Weapons that Myanmar may still have weapons at a “historic” facility where mustard gas was once produced.

Meanwhile, the Myanmar military is denying the US’ claims that it may have “a stockpile” of chemical weapons, saying it has no ambitions to possess such arms.

Myanmar officially joined the Chemical Weapons Convention in 2015. The Convention bans the production, storage and use of chemical arms.

“The US has serious concerns that a chemical weapons stockpile may remain at Myanmar’s historical weapons facility,” according to Thomas DiNanno, Deputy Assistant Secretary of State.

But Brigadier General Zaw Min Tun, a Burmese military spokesperson, told The Irrawaddy yesterday that the military hasn’t had any program relating to chemical weapons before or after the country’s ratification of the CWC.

Myanmar has previously faced similar accusations of storing and using such weapons.

In 2005, London based rights group Christian Solidarity Worldwide accused the former military junta of using chemical weapons against rebels from the Karen community.

In 2013, Burmese police were accused of using phosphorus against protesters at a Chinese-run copper mine in the upper part of the country, causing severe burns. But Brig-Gen Zaw Min Tun rejected that and said it was just tear gas, of the type used internationally.

“Burning can occur when it interacts with water.”

In 2014, five Burmese journalists were sentenced to 10 years in prison with hard labour for an article that accused the military of making chemical arms.

Myanmar’s then “civilian” government denied using chemical weapons against rebels from the Kachin ethnic minority during clashes in 2013.

A US official says Washington has held talks with Myanmar’s government and military over the issue and “stands ready to assist Myanmar” to destroy the weapons.