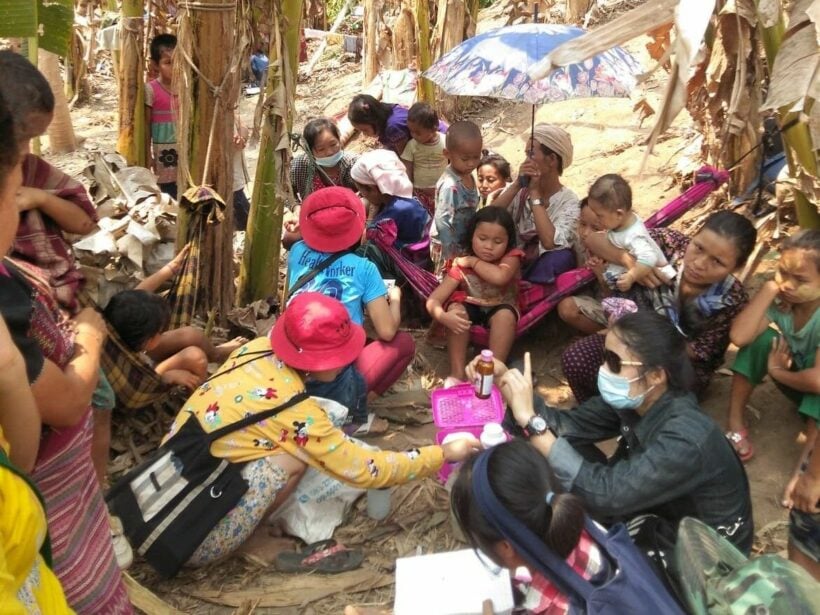 Following reports and criticism on Thailand forcing Karen refugees back across the Myanmar border, Foreign Minister and Deputy PM Don Pramudwinai says the claims are not true and that Thailand has been caring for refugees for decades.

With the escalating violence in Myanmar following the February 1 military coup, many have fled to Thailand. The United Nations Human Rights Office for Southeast Asia says they’ve received reports that some people seeking safety have been forced to return to their home country. Thai officials have denied claims that refugees have been forced back to Myanmar.

Around 2,800 Karen people crossed the border into Thailand after air attacks. Don says that most returned on their own once the situation de-escalated, but then crossed back over to Thailand after more overnight attacks.

Don says that over the years, those in neighbouring countries who are injured in conflict often flee to Thailand and are treated at Thai hospitals. He says many return to their home country once they have recovered.

“In 1984 there was a major violent incident, and hundreds of thousands of Myanmar people migrated to many provinces of Thailand, and 9 refugee camps were established. Today most of the people have gone back to their homes, but some 90,000 Myanmar people live in these refugee camps along the Thai border.”

Don says Thailand sticks to principles of humanitarianism and will provide assistance to refugees, but border patrol must still look out for ongoing problems such as labour trafficking and the smuggling of contraband and war weapons.