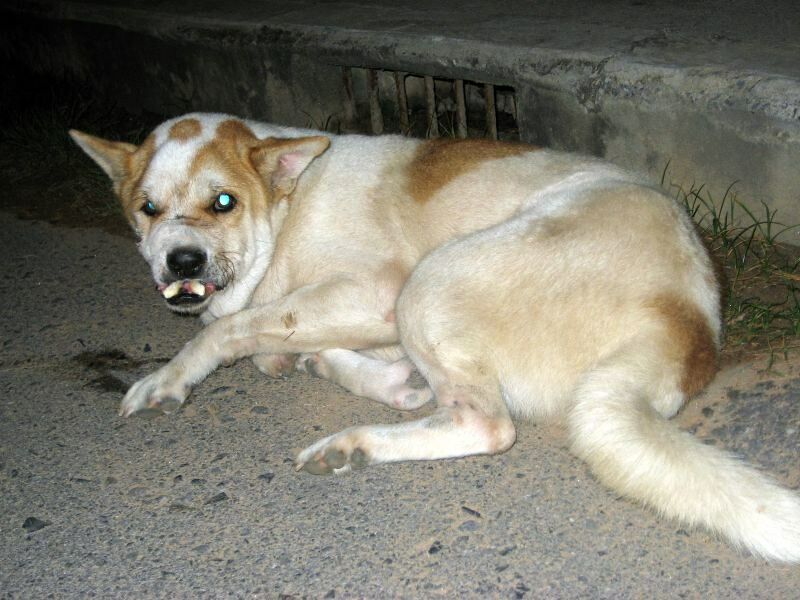 A 24 year old Thai man has been arrested in northeastern Thailand’s Udon Thani province, for beating and killing a dog because it appeared to be “mangy.” Watchdog Thailand, posted a graphic video clip on Facebook of the man assaulting the dog several times with a knife and pipe in front of its owner’s house.

The dog’s owner said his nephew told the dog that he hated him before he killed him. The man’s mother said her son was recently jailed over taking and selling drugs. She says her nephew told her he wanted to kill the dog because it was mangy.

The alleged dog killer now is facing up to 2 years in prison, and a fine of up to 40,000 baht or both under Thailand’s Animal Welfare Act. Police also say they will test him for drug usage, as his history has indicated he may have been under the influence at the time of the killing.

For the owner’s part, not providing proper treatment and appropriate living for pets is illegal under the Animal Welfare Act. Anyone who fails to comply with the act can face penalties. While for the alleged dog killer, the act states that those who treat animals poorly, be it neglect or torture, will be reprimanded. However, being held responsible for animal cruelty is not common as Thailand has a large number of street, or “soi” in Thai, dogs that appear to have mange.

If you see acts of animal cruelty, you can call the local police at 191 or report it to the Tourist Police by calling their hotline at 1155. Thailand