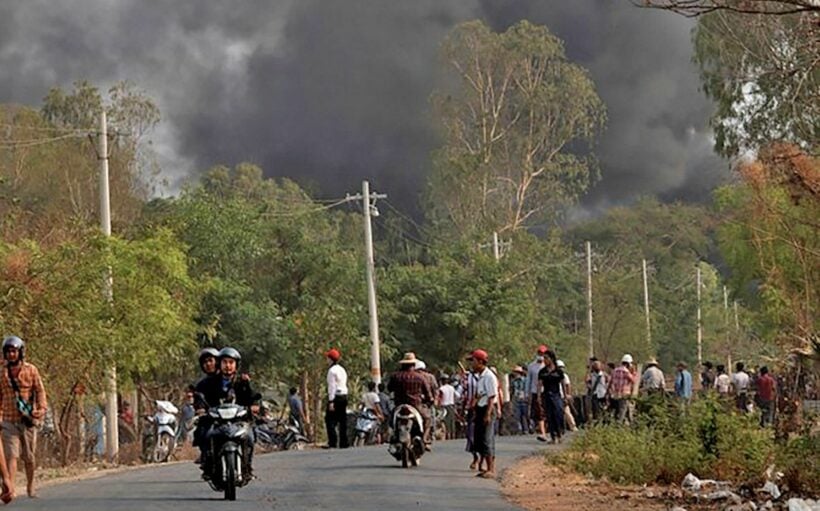 “618 Burmese civilians, including 48 children, have been killed by the army and their security forces since the February 1 coup.”

“A leader of the protest column in Bago said no one could go outside as soldiers were shooting at anybody they saw on the streets,” according to Myanmar Now.

The reporting of numbers of civilian deaths has become more complicated since the Army chiefs ordered a switch off of communications and internet, throttling the communications between people and groups inside the country. The story of the 82 people massacred in Bago took more than 24 hours to emerge.

“They piled up all the dead bodies, loaded them into their army truck and drove it away,” he told AFP. 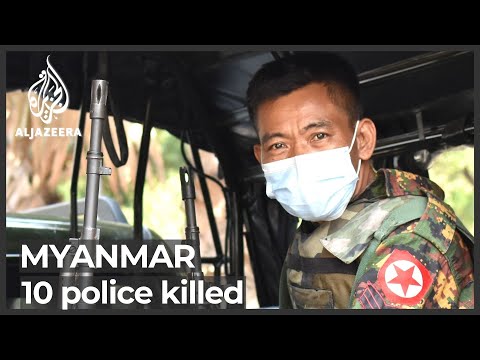 Yesterday, in Tamu, Sagaing Region, in far northwest Myanmar, locals ambushed Burmese security forces with home-made rifles as they tried to enter the town to confront protesters. At least 3 soldiers and one local resident were killed in that clash.

Meanwhile, forces calling themselves the ‘Three Brotherhood Alliance’ of ethnic armed organisations attacked a police station yesterday, 25 kilometres outside of Lashio, deep in the northern Shan State near the Chinese border, resulting in the death of many police. Myanmar Now reports that 8 police were killed in the attack, including the police chief.

Troops from the Arakan Army , the ethnic Kokang Myanmar National Democratic Alliance Army, and the Ta’ang National Liberation Army were involved in the strike, according to local residents.

The Brotherhood Alliance is also a part of the Federal Political Negotiation and Consultative Committee led by the United Wa State Army, an organisation trying to unite Myanmar’s disparate ethnic groups against the Burmese army.

In another update, according to AFP, 19 people were reported to have been sentenced to death for killing an associate of an army captain near Yangon, the first sentences of that nature announced on military-owned TV outlets. Only 2 of the sentenced are currently in custody, the others were sentenced in absentia.