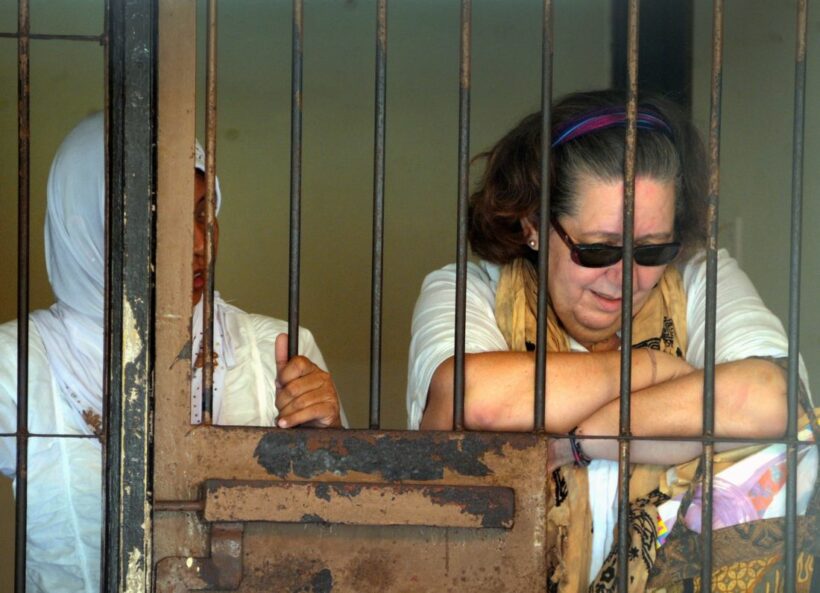 A British woman facing the firing squad in Indonesia told British reporters from her Bali prison “if you want to shoot me get on with it”. She faces execution for drug smuggling.

The 62 year old drug mule grandmother has abandoned any further legal battles to avoid a date with the firing squad. Lindsay Sandiford was sentenced to death for attempting to smuggle 4.7 kilograms of cocaine into the country back in 2012.

She and her legal team initially fought the sentence but now says she has come to terms with her fate, insisting: “Dying doesn’t bother me.”

Death row prisoners are routinely flown to Nusa Kambangan, off the south coast of Java Island, a week before their execution where preparations are made. Prisoners are usually executed in a batch along with other sentenced prisoners.

“It won’t be a hard thing for me to face anymore. It’s not particularly a death I would choose but then again I wouldn’t choose dying in agony from cancer either. Dying doesn’t bother me. I never thought I’d last this long to be honest,” she told reporters from MailOnline.

Sandiford was apprehended at Denpasar Airport in May 2012 when officials discovered a massive haul of cocaine hidden in the lining of her suitcase. She was convicted later the same year and has spent the last six years on death row.

Speaking from inside the grim Kerobokan prison in Bali, she insisted she was unfazed by the prospect of her death.

“What I am uncomfortable about is the public humiliation. You’re dragged halfway around the country and paraded in front of the press before being executed and that will be the worst thing for me.

“I’ve done a terrible thing, I know, but the worst thing is the ritual public humiliation they seem to enjoy.”

Sandiford has no previous convictions but was handed a death sentence after claiming a UK-based drug syndicate forced her to smuggle cocaine from Thailand to Bali. She told a Bali court the crime gang threatened to kill one of her two sons in Britain if she refused to cooperate.

However, she has since accepted she will die in prison but has banned her sons from being present during her execution after seeing the devastation caused to the family of Andrew Chan, the ‘Bali Nine’ ringleader who was killed by firing squad in 2015.

“I’ve told my family I don’t want any of them to come when it happens.”

“They know it would be the last thing I wanted. They know that. I’m their mum and they love me and for me that’s enough. And they know I love them and hopefully that will be enough for them.”

Non! French say no to a Brexit extension beyond October 31