The Nation is reporting that hundreds of households in Laos were heavily flooded on Monday night after a large amount of water overflowed a saddle dam section of Xe Pian dam following heavy rainfall in the country’s southern province of Attapeu.

Photos posted on the Facebook page of ABC Laos News showed dozens of Laotian people stranded on the roofs of their houses and other buildings while others were shown being evacuated by boat.

The flooding took place around 8pm, the same day XePian XeNamnoy Power Company (PNPC), that constructed XePian dam, issued a warning of the possibility that water could overflow the dam.

In a the warning letter from the company’s head of resettlement, Lee Kan Yeol told his colleagues in Champasak and Attapeu provinces that “the saddle dam D was not safe and was in a very dangerous condition” due to heavy rainfall.

“If the section fails, over five thousand million tonnes of water would flow out and down the Xe Pian river,” read the letter.

Lee said the villagers living near the XePian River downstream from the dam should move to higher land to avoid “the unfortunate accident” caused by the heavy downpours.

Rescue teams in Laos were on Tuesday working to rescue those affected by the flooding. 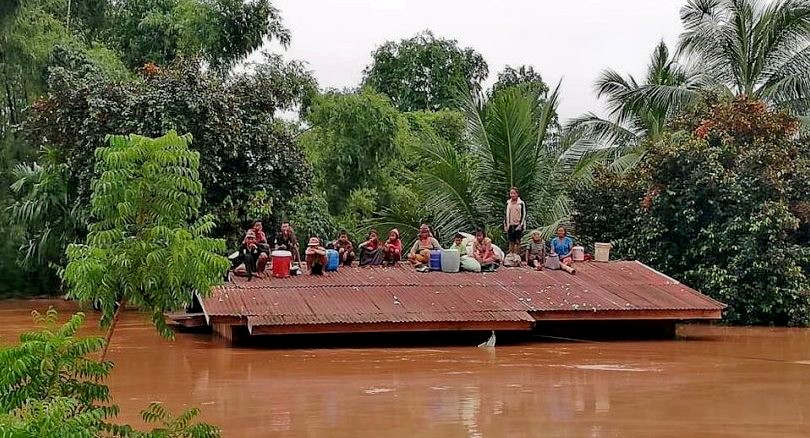 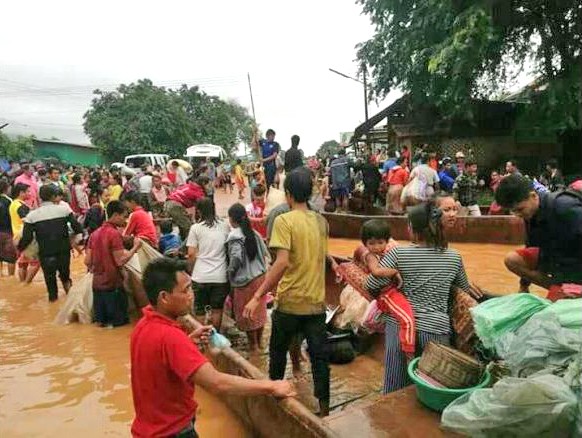