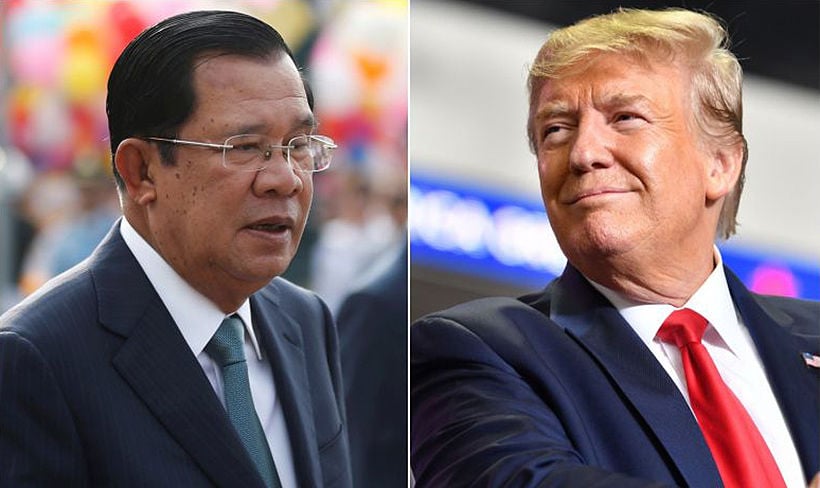 Cambodia’s leader Hun Sen us offering to renew relations with the US after receiving a letter from US President Donald Trump. PM Sen’s offer marks a turnaround in relations with the country he once accused of trying to overthrow him.

Hun Sen thanked Trump for assurances that Washington was not seeking “regime change” in Cambodia.

“Both countries’ foreign affairs teams should now work “to restore trust and confidence, and to renew the bond of friendship between our two countries.”

Cambodia is one of China’s closest allies, and turned its back on the US and the EU over their criticism of its political repression.

Less than four months ago, a Cambodian official said US diplomats should “pack up and leave.” This followed a US embassy statement that the 2018 election didn’t “reflect the will of the people.” Hun Sen’s ruling Cambodian People’s Party won all 125 parliamentary seats after Cambodia’s Supreme Court disbanded the main opposition party.

The opposition Party was accused of plotting to take power with US help, and its leader, Kem Sokha, was arrested for treason. He has been since released from house arrest earlier this month, but the treason charges remain. His release came as a surprise because the EU is moving closer to cutting off preferential trade status over human rights.

Hun Sen’s letter was a response to one from President Trump seeking to improve ties between the two nations. Trump urged the Cambodian PM to put his country back on a democratic path.

The Cambodian leader, in power for since 1985, acknowledged “tumultuous periods” in US relations, a veiled reference to the US’s illegal bombing of Cambodia during its war with Vietnam…

“However, I am of the view that we should not become hostage to a few dark chapters in our history. There are so many other beautiful chapters that are worth nourishing for the greater good of both our countries and people.”

PM Hun Sen mentioned US support for nation building after decades of civil war that ended in the 1990s and “generous market access,” according to the Chiang Rai Times article.

“I am indeed thankful and truly appreciate these magnanimous gestures.”

Two K-Pop stars sentenced to prison for sexual assault, filming it and sharing it