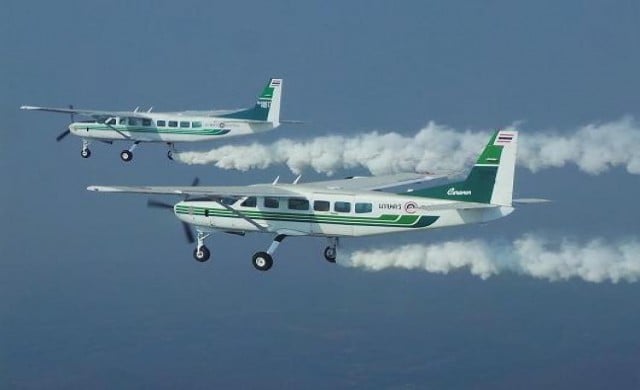 The Royal Rainmaking and Agricultural Aviation Department is preparing to seed clouds above Bangkok in an attempt to ease the capital’s smog problems.

Haze has spread over the capital over the past few days, causing a health hazard for vulnerable people, and leading Agriculture and Cooperatives minister Grisada Boonrach to order that rainmaking operations be carried out.

Two of the department’s aircraft took off yesterday in response to the order to survey the city’s conditions and plan rainmaking.
Rainmaking operations have previously helped fight the haze crisis in the North.

“The amount ranged between 38 and 49 micrograms per cubic metre of air,” the department said.

According to the department, PM2.5 poses a health threat when it reaches above 50 micrograms per cubic metre of air, while the World Health Organisation puts the limit at 25 micrograms.
Environmental group Greenpeace Thailand has lately reported that authorities must take into account PM2.5 levels when assessing air quality.

xIn the past, the Pollution Control Department usually used PM10 as their main indicator and excluded the PM2.5 measurements. 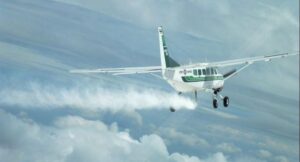