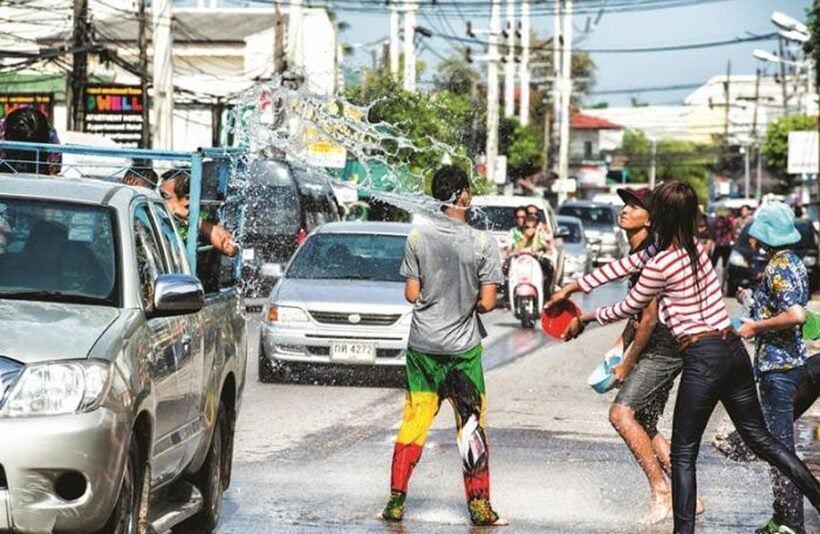 The Royal Thai Police are looking to impose a total ban on water splashing activities on main and secondary roads throughout Thailand during from April 11-17, the Songkran holiday break. They are citing road safety as the reason for the drastic plans. In phuket, in the past, Chao Fah east and west, Viset Road in Rawai and parts of Thepkasattri Road north of Heroines Monument have been popular locations for families to splash motorists as they pass by on April 13 each year.

Thai PBS is quoting Pol Gen Srivara Ransibrahmanakul, the deputy national police chief as saying that “…police will coordinate with local administrators to designate zones where revelers can enjoy water splashing safely and devoid of all kinds of alcohol”.

“Any shops located in the designated zones which are found selling alcohols will be penalised adding that police would also check alcohol drinking people under the age of 20”.

Police are trying to free up the traffic lanes and make the main and secondary roads as safe as possible whilst restricting the Songkran festivities to ‘safe zones’. Traditional the water fights only happen on April 13 but in some tourist locations, particularly in Chiang Mai, the festivities go on for up to three days.

Pol Gen Srivara says that police are expecting more Thais travelling this year and more tourists to fly in for this year’s Songkran.

Last year police proposed a ban on carrying people in the back of pick-up trucks but that was quickly revoked after a social media backlash reminding police that that was the main way many families were travelling back home for the annual Thai New Year celebrations. This year police are “…warning drivers to exercise caution when there are passengers riding on the back of the vehicles.”

Police, as usual, will have road-side checkpoints and will be strictly enforcing laws relating to speeding, jumping traffic lights, seat belts, driving without a license, overtaking another car in a tight spot, driving under the influence of alcohol, driving in the opposite direction of the traffic, not wearing crash helmets for motorcyclists and pillion riders and using mobile phones while driving or riding motorcycles. 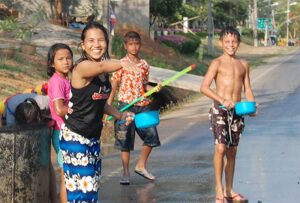