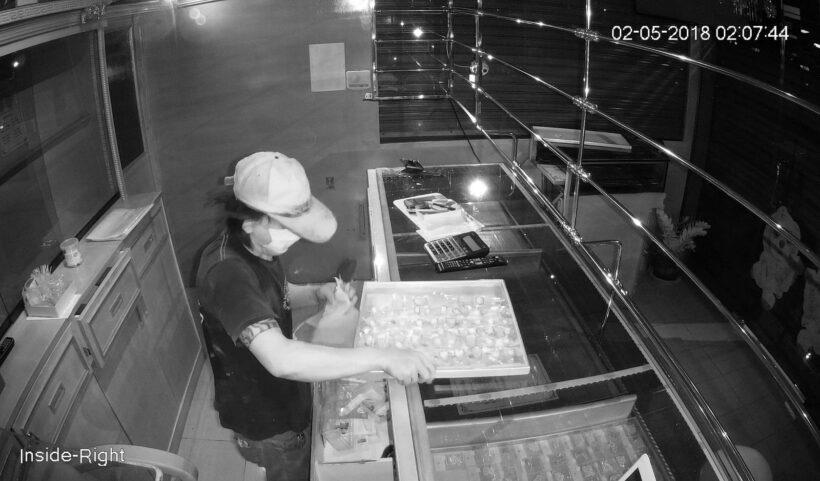 A thief has broken into the ‘Tanet Hok Gold Shop’ on Hatchananiwet Road in Phuket Town by breaking through the ceiling.

The Phuket City Police were notified at 8.40am today (May 2). Police were investigating the scene this morning. They found that the shop had been ransacked and the ceiling damaged. Some gold items and a gun were stolen. The items had a value around 100,000 baht.

CCTV footage shows that a male suspect aged around 30 years broke in about 1.50am this morning. The suspect has a tattoo on his right arm and was wearing a mask.

The suspect was inside the shop for about 30 minutes before fleeing the scene.

The owner of the gold shop, Iirasak Tanettanasombat, told police that “My wife and I discovered that the shop had been broken into when we arrived to open the shop this morning. At that time there is no one in the shop.”