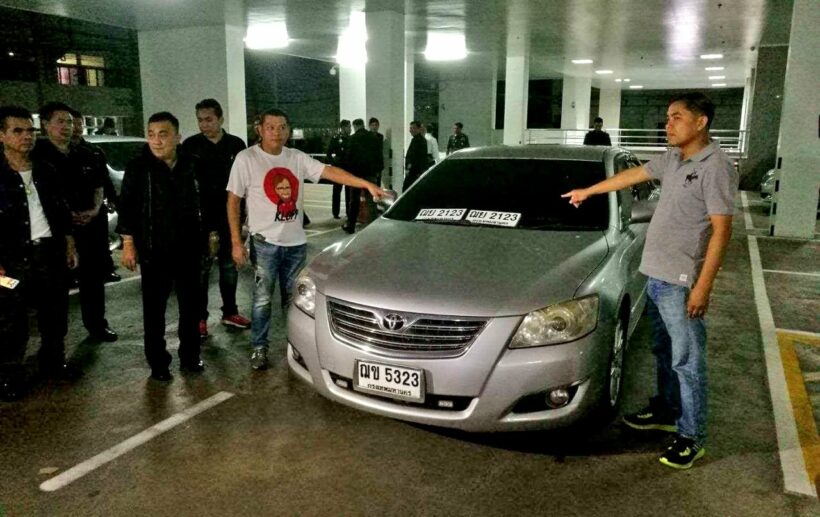 At of this morning (Friday), three police officers, including a deputy commander, appear to have been involved in helping the former PM Yingluck Shinawatra flee Thailand, two days before she was set to appear to hear the verdict of the Supreme Court over her and her Government’s involvement in the failed rice-pledging scheme.

A police colonel, who hasn’t been named at this stage, and two other officers have been questioned by Royal Thai Police at the Bangkok HQ as suspects in assisting Yingluck get from Bangkok to the Thai/Cambodia border near Sa Keaw. They have allegedly confessed to the allegations of aiding and abetting the former Thai PM. Once questioned, they were allowed to walk free without being charged. Sources say they could still be charged with using fake licence plates.

A Toyota Camry has been seized near Nakhon Pathom province. It’s believed to be the same sedan tracked by CCTV on the evening of Wednesday, August 23, two days before the verdict was to be handed down. The vehicle was tracked from Bangkok to the Cambodian border. Forensic police have been taking DNA and fingerprint samples from the car. A Mercedes Benz, identified earlier in the investigation, was also tracked on CCTV but, at this stage, has not been tracked down at this stage.

Government officials and police have consistently denied being involved in Yingluck Shinawatra’s departure from Thailand. The Former PM is thought to be residing in the UK or Dubai, both frequented by her brother and former fugitive PM, Thaksin Shinawatra.