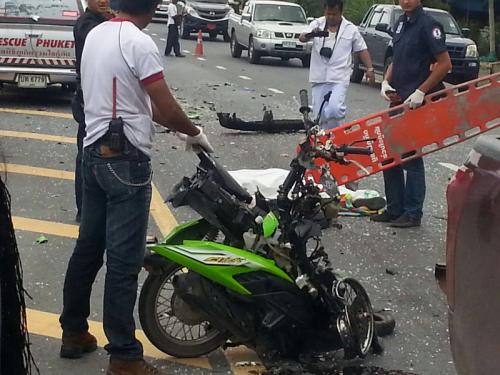 PHUKET: A 27-year-old American man died instantly on Saturday when he was hit by a Chang beer delivery truck on Wiset Road, in Rawai.

“As he exited Soi Kok Ma, he was struck by a six-wheeled beer truck, which was northbound, heading toward Chalong Circle [map here],” he added.

The force of the impact shattered the windshield of the truck. The truck driver, 24-year-old Jakrit Kaewloy, suffered a broken leg.

The motorbike Mr Solis was riding was found about 50 meters from where the truck came to a stop, Lt Wuthiwat said.