A woman has been arrested yesterday after stealing more than 2 million baht cash from her victim’s house in Phuket. She told her neighbour that she won on a lottery ticket. She also bought a new car.

Anusara Kaewsopa filed a report to Chalong Police that a suspect had broken into a house in Soi Songkun, Chalong on April 4. The suspect allegedly stole 2,300,000 baht in cold hard cash.

Police are continuing their investigation. At this stage they have arrested 37 year old female Tanapat Wangsanga from Krabi as a suspect.

She was arrested on Thepkrasattri Road in Baan Phon, Thalang while she was driving in her shiny new car to Koh Lipe in Satun (south of Krabi). She told her neighbour that she won a first prize in the lottery when she received 6 million baht.

Police discovered that she has been in jail before after being involved in theft and drugs.

Ms Anusara (the victim) told police that she gave the 2,300,000 baht cash to her mother to buy land in Karon.  No one knew about the money being kept in the house. 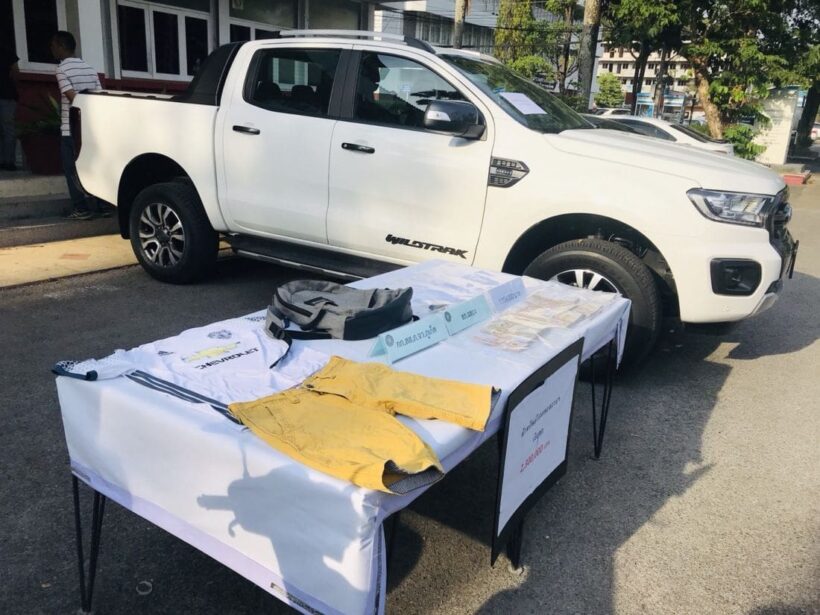