ttgasia.com is reporting that the water park battle in Phuket is getting very intense as new players enter the marketplace. Among them Blue Tree Phuket, poised to open its doors early 2019 as an upscale family entertainment and lifestyle complex.

The sprawling 22.5ha development, located around Cherngtalay, is the result of a joint venture comprising unnamed Thai and international partners, who see opportunity in the family-oriented attractions sector by pumping investment upwards of US$40 million into the project.

“Pattaya has two water parks, Hua Hin has three water parks, but Phuket has just small water parks. There’s been a clear demand for inland entertainment alternatives for some time now,” said Michael Ayling, general manager of Blue Tree Phuket. He was speaking to TTG Asia about the upcoming project in an exclusive interview ahead of its pre-launch in August.

“Blue Tree will offer an immersive lifestyle experience that combines the fun of water sports, family activities, retail and relaxation in one strategically located destination that will cater precisely to this demand,” he added.

Facilities within the 11ha first phase, which opens to the public at the start of 2019, includes a water and entertainment park, a four-storey vertical Beach Club, Fitness Zone, Kid’s Club, restaurants and food outlets, and multiple retail spaces. 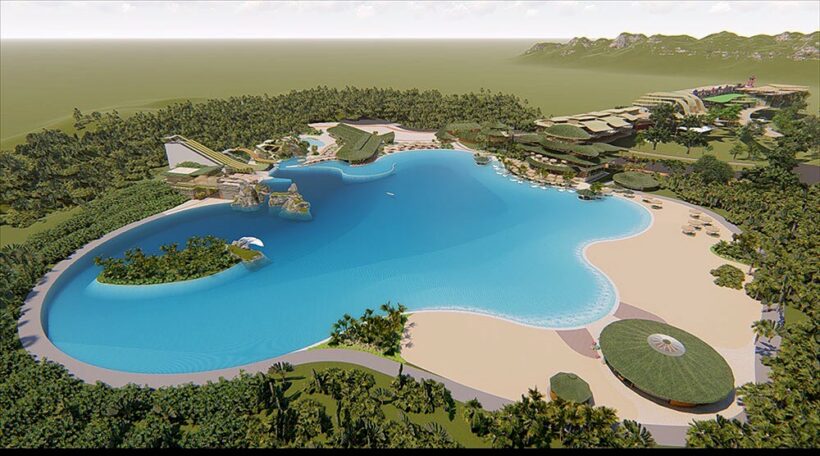 The complex’s centrepiece – the 17,000 square metre man-made Blue Tree Lagoon – is flanked by artificial beaches and offers an experiential aquatic playground for families, with spaces ranging from a splash zone for young kids to adrenaline-driven activities such as Slip N Fly water slides and cliff jumping.

Ayling envisions Blue Tree to be an “accessible destination” that will appeal to “middle class Thai families and Amanpuri guests” alike. Admission fees will be kept “affordable” with a pay-and-use concept, while full access to all activities will be priced at around 1,000 baht.

Acknowledging the competition upcoming water parks like Vana Nava Phuket and Kata Water Park will bring – both of which are currently in development – Ayling thinks there is still “a lot of space for competition” in Phuket. “We will likely have the (water park) market to ourselves for a few years,” he commented.

“Blue Tree Phuket will also suit the seasonality of the destination and make a great low-season product,” he added, referring to the island’s monsoon months from May to October when the seas experience rougher surf and strong currents.

When asked about the absence of accommodation at Blue Tree Phuket, Ayling stated: “Do we need a 120-room hotel when we have 12,000 rooms in the (Cherngtalay) vicinity already? Phuket’s hotel scene is very competitive, but what isn’t competitive is entertainment.”

Foreign media slammed for intruding on the Mu Pa 13