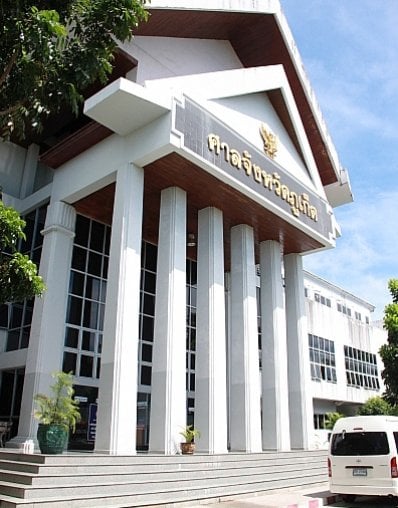 PHUKET: Journalists trying to catch a glimpse of Nepal’s infamous former crown prince Paras Bir Bikram Shah Dev, who was due to report to Phuket Provincial Court yesterday, were in for a long and ultimately fruitless wait.

By midday, reporters who had been waiting since 9:30am, had still not clapped eyes on the former crown prince entering the court to report as instructed by the court order issued over a drugs charge.

The investigating officer in the case told the Phuket Gazette that Mr Shah had already reported in – but declined to say at what time he did so.

Mr Shah was arrested on October 23 at the Surin Sabai Condo in Cherng Talay after police officers found him in possession of 3.4 grams of a substance they believed to be marijuana.

After spending that night at Cherng Talay Police Station, he was released the following morning on bail.

The date for his next court appearance was set for December 11.

Mr Shah, 40, became the Crown Prince in June 2001 following an attack on the Nepalese royal palace.

Nine members of the Nepalese royal family and Prince Dipendra, the crown prince at the time, died in the attack. Reports at the time indicated that Mr Shah saved the lives of three royals, but was injured in the incident.

He remained crown prince and heir to the throne of Nepal until 2008, when the monarchy was abolished.

More recently, Mr Shah was implicated in an altercation which occurred on December 11, 2010 at the Chiwan Hotel in Nepal. Mr Shah reportedly fired shots from an illegally owned pistol. Although arrested and charged, the case was dropped after all parties involved changed their statements before the trial began.