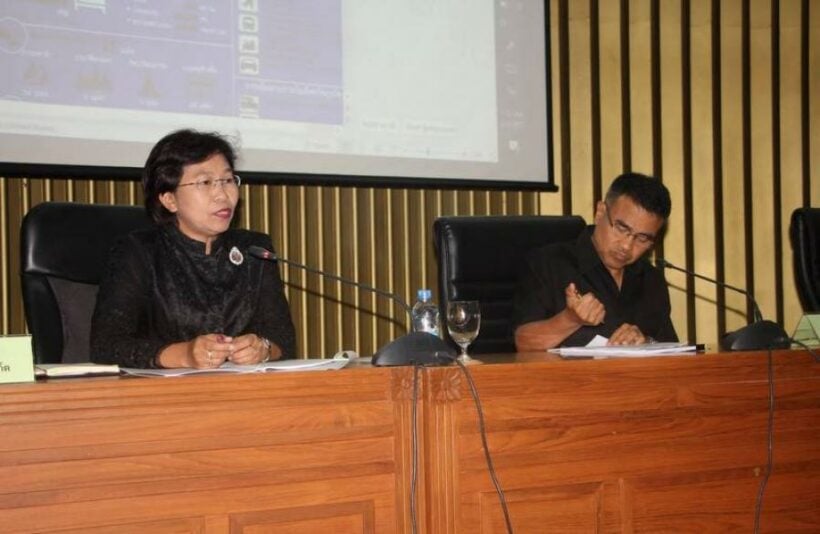 PHUKET: Officials from the Thailand Convention & Exhibition Bureau (TCEB) are seeking help from private sector businesses and hotels in Phuket after coming up nearly empty handed in a search for information to build a Phuket database.

The information is required to sustain and promote MICE initiatives in Phuket and other provinces of Thailand. MICE, which stands for ‘Meetings, Incentives, Conferences and Exhibitions’, is aimed at diversifying the tourism industry to include ‘quality’ business travellers who visit Phuket to attend/organize professional meetings and conferences.

Phuket Governor Norraphat Plodthong, TCEB executives, TAT officers and several other officials attended a meeting organized at Phuket Provincial Hall on Wednesday to discuss problems that Phuket is currently facing and strategies to drive it toward becoming a ‘world-class’ MICE destination.

Of the five designated MICE cities in Thailand (the others being Bangkok, Chiang Mai, Pattaya and Khon Kaen), Phuket is currently ranked last.

“The main problem we are facing is building up our database. We are working on collecting information from hotels, restaurants and conventional halls in Phuket, but we are not receiving much of a response from them,” said Chuta Tharachai, senior manager of the Domestic MICE Department.

“As compared to Phuket, Khon Kaen has a much higher response rate, where we received information from more than 60 organizations. But in Phuket, only 15 hotels have helped so far. Before we move to the next step of our strategy, we need to fix this issue,” she added.

TCEB requires hotels to provide basic information about their properties, such as maximum number of people that could fit in a meeting hall, as well as the size and dimensions of the rooms. Each hotel has been provided a form to provide the required information.

“This information will be used to maintain a database containing all the key elements needed to boost Phuket’s position as a top-quality MICE city. Meeting planners or event organizers abroad will be able to search and match their criteria against what hotels and businesses in Phuket can provide,” said Dr Chuta.

“We can also use this data to show the government that Phuket is ready to tackle more MICE tourists and ask for a larger budget to drive MICE projects into action,” she added.

Dr Chuta said that many hotels and businesses see MICE as unnecessary because of the high revenues they already earn from tourism.

“Hotels already earn a lot from Phuket’s position as a tourism and leisure destination, so people wonder why they should have to join MICE initiatives at all. However, they need to understand that MICE will help enhance Phuket’s future economic growth,” said Dr Chuta.

“Many tourists travel to Phuket for business, but also want to reward themselves with a holiday. We believe that Phuket has what it takes to be a top-ranked meetings and events city,” she added.

“Simply being a business or leisure destination is not enough – we need something to complement these services and show the uniqueness of Phuket, such as food and cultural experiences,” says V/Gov Siwaporn.

The next meeting will be held on Wednesday, June 14, where officials will discuss progress on data collection as well as upcoming MICE strategies and projects.