After much confusion about when the group of Chinese tourists will arrive in Phuket, the secretary general of Thailand’s National Security Council confirmed that today’s flight has been deferred to October 25.

Officials decided to postpone the flight and reschedule it after Phuket’s Vegetarian Festival is finished. The annual spectacle is known to draw large crowds. The council’s secretary general Natthapon Nakpanich says waiting until the festival is over to fly in the foreigners is in the interest of Thai tourists who might be wary about travelling to Phuket because of Covid-19 fears.

The details of when, or even if, Thailand was restarting tourism, drew a lot of interest from people eager to know more information about the new Special Tourist Visa. But the drama, miscommunication and flip-flopping about arrangements on the arrival of the first charter flight under the new visa, has caused a massive loss of confidence in Thailand’s ability to kick-start its vital tourism industry.

In the past 2 days, details about the number of tourists, the preparations, confirmed flights, precise arrangements, have all been floated by various government departments. The Phuket Governor, Thai Public Health Minister, Tourist Authority of Thailand Governor and Phuket Airport officials all made contradictory statements about the issue.

The group of 150 tourists travelling from Guangzhou, China would have been the first international tourists after a 6 month ban that was in place to prevent the spread of Covid-19 in April. Other groups from China and Scandinavian countries on the Special Tourist Visa are expected to arrive in the next month or so.

The new long stay visa scheme, which allows a 90 day stay that can be renewed twice, adding up to 9 months, is aimed at bringing in international tourists to help boost the economy. Phuket especially has been battered by the lack of international tourists as many businesses on the island province heavily relied on the travellers for income. 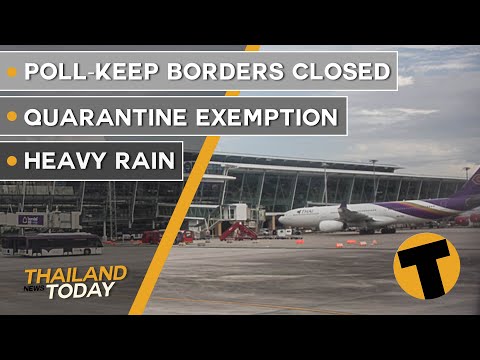