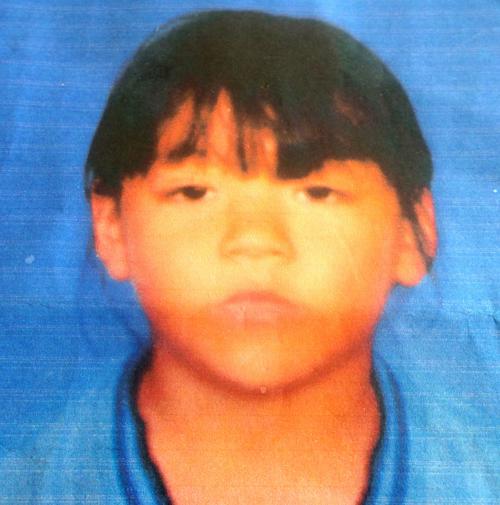 PHUKET: A distraught mother has made a heartfelt plea to find her seven-year-old daughter, Natthapa “Nong Dear” Papkaew, last seen in a Chalong neighborhood on Friday.

“She has long black hair and is missing her two front teeth,” Ms Jaroon Papkaew, 45, told the Phuket Gazette.

“She was wearing a yellow shirt with a cartoon print on the front and red shorts,” she added.

“Nong Dear left my sister’s house at 2pm. A friend of the family, Khun Boy, was bringing her home on his motorbike when Nong Dear asked him to drop her off at Soi 5.

“She said she wanted to go play with some friends before coming home. She has a lot of friends in Soi Koktanode, which is why we didn’t worry,” she explained.

“But she hadn’t come home by 7pm, like she usually does, so we started searching for her,” Ms Jaroon added, her voice becoming emotional.

Nong Dear was last seen near a small restaurant near Soi Koktanode 2 at about 3pm.

“The woman who runs the restaurant saw Nong Dear when she went out to buy stock, but she didn’t see her when she got back,” Ms Jaroon said.

“I know that police are working hard to find my daughter, but it’s four days already and I am so worried about her,” Ms Jaroon tearfully explained.

After seeing an advertisement for the government’s One Stop Crisis Center (OSCC), run by the Ministry of Social Development and Human Security, Ms Jaroon contacted that office for help in finding Nong Dear.

“The staff at the OSCC have contacted all rescue workers in Phuket to help find my daughter,” she explained.

Capt Sukarin Tunsuriwong of Chalong Police told the Gazette, “Police are now questioning people in the area, but so far the most recent information we have is that she was last seen on Soi Koktanode 2 at about 3pm.”

Any persons who believe they have seen Nong Dear are urged to call Chalong Police Station at 076-381247.