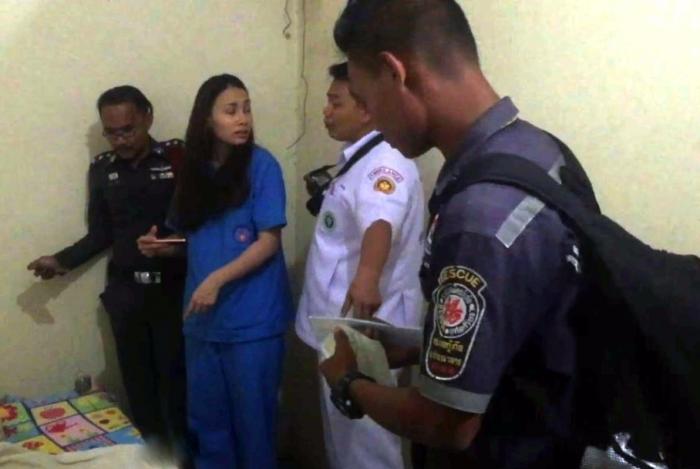 SAMUI: A Pathum Thani native was found dead in a rented room on Samui Island yesterday, from what police believe to have been heatstroke. The room is in a restaurant building on Chaweng Beach.

Capt Boonnam Srinarat of Bo Phut Police confirmed the death, at about 5:40pm, of Thongchai Sudjaeng, 44, a tour guide who catered to Chinese tourists.

“Mr Thongchai was lying dead on the bed, shirtless and bleeding from the ears and nose. There were no marks of violence found on his body. Rescue workers estimate that he had died about three hours prior to discovery of the corpse,” said the policeman.

Police also found anti-hypertensives in the room, which are normally used to treat high blood pressure and complications arising out of it.

“A witness at the restaurant told us that Mr Thongchai had complained about the hot weather and had said that he wished he could ‘jump into water’ before going inside the room,” added Capt Boonnam.

The victim’s body was taken to Samui Hospital for further examination to confirm the cause of death.