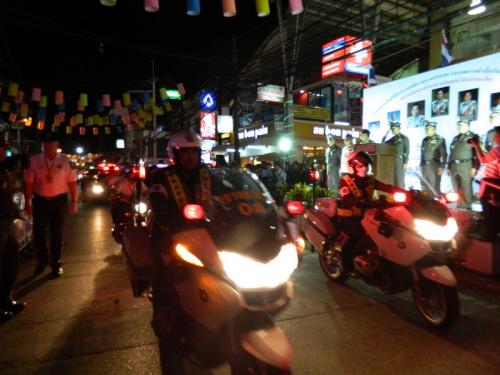 “We expect the 30-day project to decrease the criminal activity in Phuket by 50 per cent, and significantly increase how safe tourists feel on our island,” Phuket Provincial Police Deputy Commander Arun Kleawwatee said.

By making a significant effort to boost safety in both Phuket and Pattaya, the Royal Thai Police hope to improve the overall image of these two important tourist destinations, Col Arun said.

“In the past there has been a great deal of negative news about incidents happening to tourists in Phuket and Pattaya. To counter this, the Royal Thai Police decided to send more police officers and police volunteers into these areas,” Col Arun explained.

“We will also be patrolling the high risk areas, as well as checking restaurants and entertainment venues for drugs, prostitution and teen gangs,” he added.

“In order to move toward the Asean Economic Community we have to start resolving issues that tourists are facing and boost tourists’ confidence in our effectiveness,” he said.