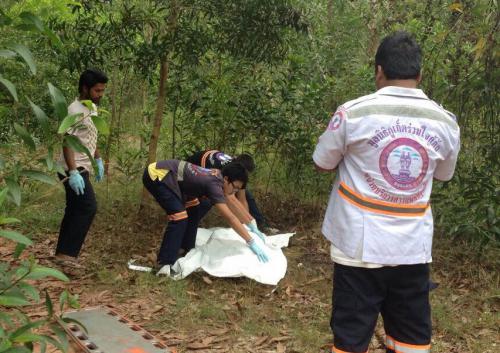 PHUKET: Wichit Police will seek an arrest warrant this week for the prime suspect in the brutal murder of Phuket teenager Pawarisorn Sae-Ung.

He had been stabbed multiple times, his throat had been slashed and his body set alight (story here).

“We now have information that will lead us to the prime suspect. We will request that the court issue a warrant for the suspect’s arrest,” Wichit Police Superintendent Chawalit Phetsipear told the Phuket Gazette yesterday.

“We believe at least two people were involved,” Col Chawalit said. “The motive was likely an argument with a friend… When we arrest the prime suspect, we will move to arrest others as well.”

Getting down and dirty at the Rawai motocross track