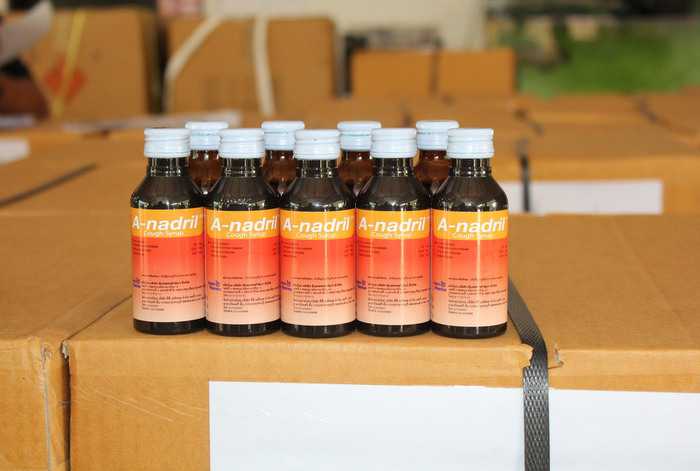 PHUKET: Police are investigating a shipment of more than 35,000 bottles of cough syrup, suspicious that at least some of the order was destined to be used in an illegal cocktail made with kratom leaves.

At about 2pm on Tuesday, Phuket City Police and officers from the Phuket Custom House suppression unit seized 35,700 bottles of cough syrup to be distributed to various pharmacies throughout the island by a private transport company. Police declined to name the company.

“We will be taking a closer look at the pharmacies named on the order form and ensure that they are legal. We will also be questioning them about why they ordered so much cough syrup,” Phuket City Police Deputy Superintendent Somsak Thongklieng told the Phuket Gazette.

“We are suspicious about the volume, and worried that it will be used in one of the several party drinks that mix the syrup with kratom leaves and soda. These drinks are especially popular with Muslim teenagers, as they are not allowed to drink alcohol.”

Police have for years conducted a sustained campaign against kratom trees, which are native to Southeast Asia. Nonetheless, their leaves have been designated a controlled substance in Thailand, in the same category as cannabis, since promulgation of the Kratom Act in 1943