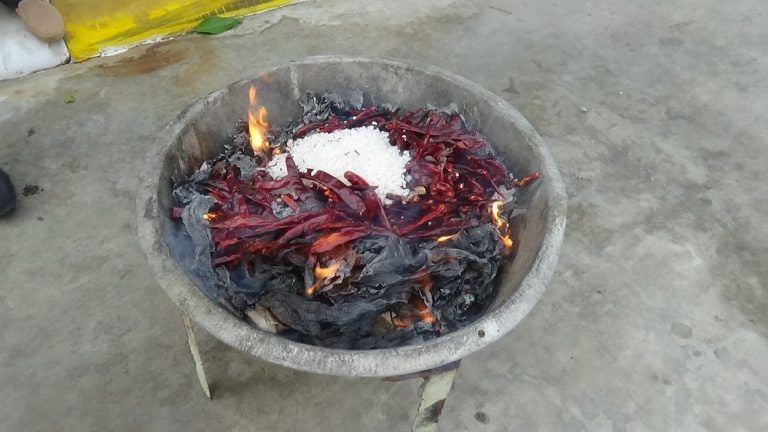 Since police have done little to take action on a man who allegedly sexually assaulted young girls in a Phuket village, victims are taking justice into their own hands. They’re cursing him.

They say the man has at least 20 sexual assault allegations involving minors, some as young as 5 years old. Only one complaint was taken seriously by police, they say. The man is free on bail and still in their community, but the women say they hope officials will take action and send him to jail.

A 17 year old girl spoke to Phuket News about her experience. She says she was invited by the man to stay at his house and he would financially support her. The girl’s mother had just passed away and she needed somewhere to live.

While staying at the house, the man assaulted the girl. She fled the house when she felt safe, but needed to go back and get her things. When she came back, he tried to rape her, she says.

The girl says police did not accept her complaint, telling her she needs a guardian to sign her complaint as a witness.

73 year old Chuanpit Ruengdet says her granddaughters also were assaulted by the same man 2 years ago. The girls were only 8 and 5 years old. She says the man touched them inappropriately while they were playing outside. He threatened to kill them if they told anyone, she says.

“If we do not see any progress, we will report this to the Pavena Foundation for Children and Women.”