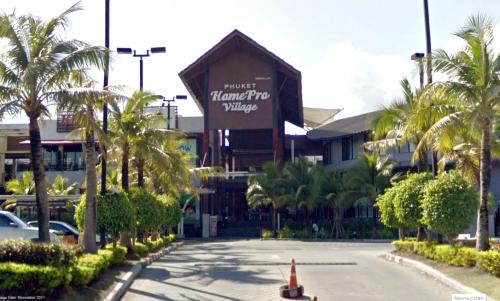 PHUKET: Chalong Police this morning are seeking an arrest warrant for a staffer at the popular expat shopping mall HomePro Village near Chalong Circle (map here) after he slashed his supervisor with a knife last night.

The incident arose from an altercation between the employee and his supervisor at one of the stores in the mall, Chalong Police Lt Kraisorn Boonprasop explained to the Phuket Gazette.

“We received a report from a manager of the store at around 9pm. He had been cut on the arm by one of his staff,” said Lt Kraisorn.

“The two men had a heated argument about their work and started to fight. While they were fighting, the employee pulled out a pocket knife and slashed the shop manager,” he explained.

“The manager went to hospital and got five stitches for his wound. The employee fled the scene,” he added.

Police are now seeking an arrest warrant for the employee.

“We believe he may come to work today, so we hope to have him in custody soon,” Lt Kraisorn said.