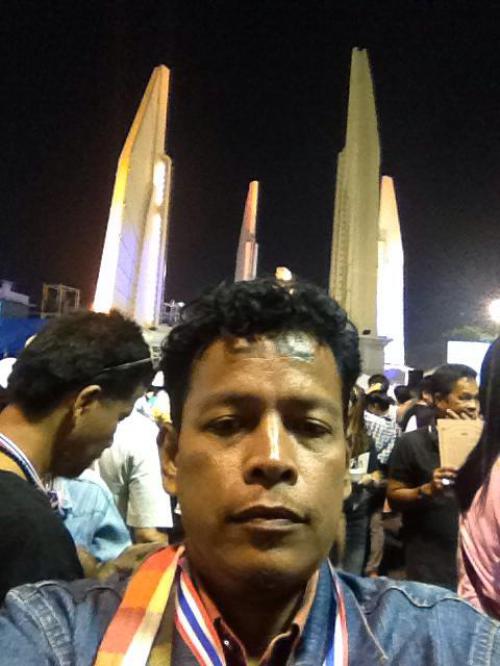 PHUKET: Protesters will gather tonight at Phuket Provincial Hall (map here) to mourn the death of Prakong Choochan, who died from injuries sustained in an attack on anti-government demonstrators in Bangkok yesterday.

“We are devastated by what happened. He was fighting for our country,” said Phuket protest co-ordinator Amnuay Kumban.

The 46-year-old taxi driver was one of 36 people injured when an explosive was thrown at them as they marched down Banthad Thong Road (story here).

Mr Prakong’s relatives are holding a ceremony in Bangkok before making arrangements for the body to be transported to Phuket for another ceremony.